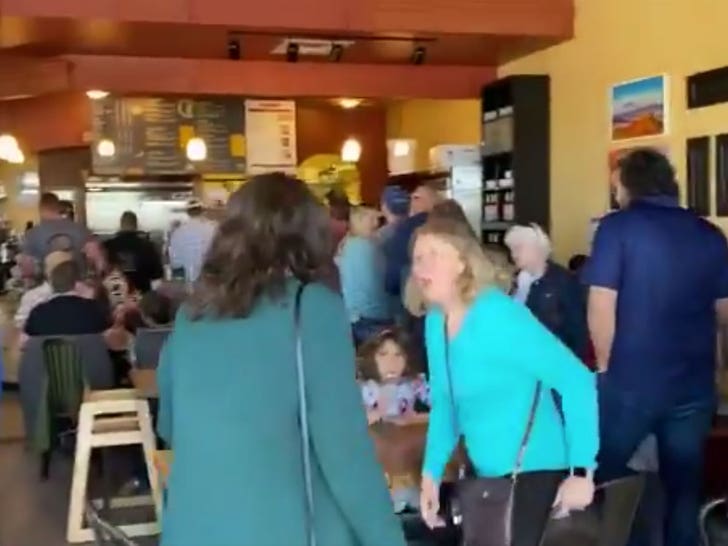 12:28 PM PT -- 5/11 -- Officials have shut down the cafe after violating public health orders issued by the Colorado Department of Public Health and Environment. It's been ordered to remain closed "until such time as the Tri-County Health Dept. determines the establishment is in compliance."

The cafe's being reminded, once again, to limit its business to pick-up service and delivery only. The cafe's being warned again ... if it refuses to follow the order, "further legal action will be taken that could include revocation of the restaurant's license."

Mother's Day in one Colorado cafe looks more like a sold-out Led Zeppelin concert than your regular breakfast joint -- a troubling sign as one key model projects thousands of more deaths due to a rise in movement.

Happy Mother’s Day from C& C in Castle Rock, where the owner said this is almost double a normal Mother’s Day. pic.twitter.com/cPSzjmAfAg

This scene was captured Sunday by a local reporter at a place C&C in Castle Rock -- where the guys say their traffic was practically doubled compared to regular times. Looks like a lot of families packed the place to celebrate the holiday ... and to get outta the house.

The influx of customers comes on the heels of several communities throughout the state there relaxing some of their stay-at-home orders and allowing certain retailers to reopen with strict restrictions in place. Doesn't look like that memo got through to the folks at C&C. 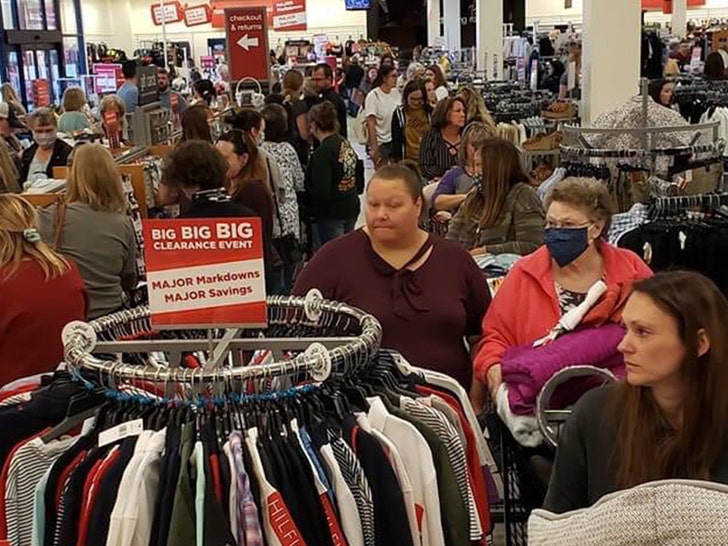 BTW, that's not the only place that's seeing increased traffic -- look at this photo of a TJ Maxx out in Arkansas, where droves of people went in this weekend in search of bargain buys. It's just another testament that as more businesses open up, more people will come.

That's not a good thing either -- considering a key model used by health experts forecasts at least 137,000 more deaths in the coming months because of increased mobility across the U.S. The director of the University of Washington's Institute for Health Metrics and Evaluation told CBS's 'Face the Nation' his findings show a lot more people leaving their homes ... this in the wake of several states starting to relax quarantine protocols.

NEWS: @IHME_UW's Director Christopher Murray thinks there will be a big increase in #coronavirus cases over the next ten days in places like Georgia where restrictions have been loosened and residents have become more mobile. pic.twitter.com/r0H0MER1Dz

As a result, he predicts many more deaths will come. Take note, people. 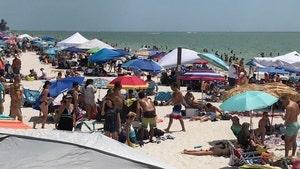 Social Distancing Violated at Naples Beaches and on Airlines 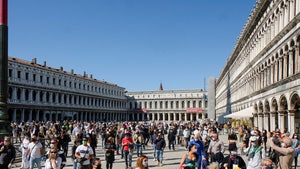 You Might Want to Rethink Holidaze Viral Health Coronavirus