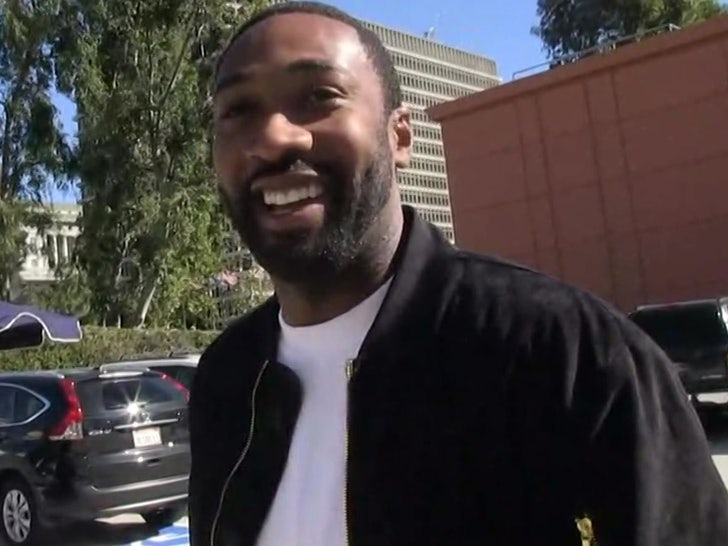 Those are the numbers that Gilbert Arenas claims won him more than $300,000 last week in the California lottery!!!

The former NBA superstar claims he hit all numbers (but missed on the Mega number) to cash in on the 2nd place prize on the May 12 Mega Millions draw.

The Mega Number was 5. Arenas picked 25 -- and had Gilbert gotten that right, he would've won the $248 MILLION grand prize.

The craziest part of the whole story ... Arenas -- who reportedly made more than $140 MILLION in NBA contract money -- says he didn't even buy the ticket himself.

Arenas says he had stopped at a gas station because he was low on fuel while on his way from the usual gas station where he buys his lottery tickets ... when he was approached by a homeless man.

Arenas says the guy initially asked for cash but Arenas told him he was on his way to buy lottery tickets and the man made a deal with Gilbert instead.

By the time Gilbert got to his usual gas station, the place was closed -- and Gilbert thought he missed his chance to buy a ticket.

But, the next morning, he got a text from the gas station employee who says he played Gilbert's usual numbers for him anyway (figuring that's what Gilbert would want) ... AND THEY WON!!

So, Gilbert says he hooked up the homeless guy with his cut (as promised) ... and calls the whole thing a blessing. 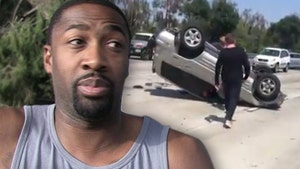 Gilbert Arenas Not At Fault In Wild Rollover Crash 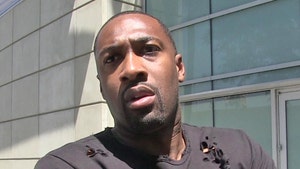