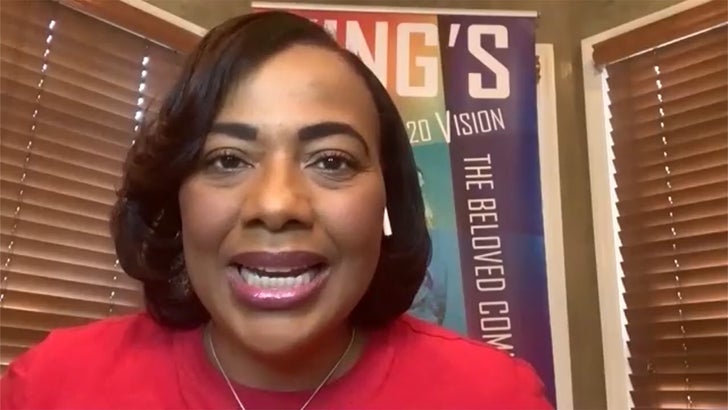 Bernice King has a message for the people who aren't protesting in the streets right now -- that's perfectly fine ... there are other ways to help.

The youngest child of Martin Luther King Jr. and Coretta Scott King tells TMZ ... being a protester requires a certain character and discipline -- and not everyone fits the bill -- but EVERYONE can be a part of the movement.

For the George Floyd protests, King says there are many roles to fill ... like donating to help bail out peaceful protesters who were arrested, or helping with research, or simply being vocal about wanting to end racism in this country.

Bernice points out she's not on the front lines with protesters in this case either, because she's focused on achieving the desired results of positive change ... so the protests aren't in vain.

King suggests there's a lot of work to be done, but lucky for us ... her father set a pretty stellar example, and she's striving to follow his lead and get others in line, as well.

Bernice is CEO of The King Center, which helps teach tactics and strategies for advocacy and peaceful protesting ... which the U.S. can use a lot more of.