"They’ll Do ANYTHING for Clout!! Cardi and Offset tried to tell y’all."

That's LeBron James taking aim at two women who used the chaos in L.A. as photo opportunities ... and yeah, the King is BIG MAD over it all!!

Here's the deal ... rioters and looters wreaked havoc on stores and shops in Santa Monica all day and night Sunday -- and on Monday, two women showed up to take pics with the rubble.

While citizens aided in the rebuilding effort ... one woman faked the use of a power tool on storefront plywood and then bolted off.

This lady stopped someone boarding up a store in Santa Monica so she could hold the drill for a picture, then drove away. Please don’t do this. #santamonicaprotest #BlackLivesMatter #BlackLivesMatterLA pic.twitter.com/lgt2rZogk9

"This lady stopped someone boarding up a store in Santa Monica so she could hold the drill for a picture, then drove away," one witness said of the scene. "Please don’t do this."

Another woman posed in front of a store that had been ransacked just hours earlier ... with a witness there saying, "This girl is making her boyfriend take a picture of her in front of a smashed T-Mobile. Oh my God!"

White women continue to disappoint. These protesters are not a content opportunity for you. This is in Santa Monica. pic.twitter.com/4Q357tTvXN

Both scenes were blasted HARD on social media ... with LeBron calling them out as clout chasers -- and P!nk lashing out at the fake power drill woman as well.

"What is wrong with these entitled a**holes?!" the "What About Us" singer said. "Who the f*ck are you and who are your parents you horrible person. How can anyone defend this???!!!"

For their part, the alleged women in both videos have yet to go public explaining their sides of the story. 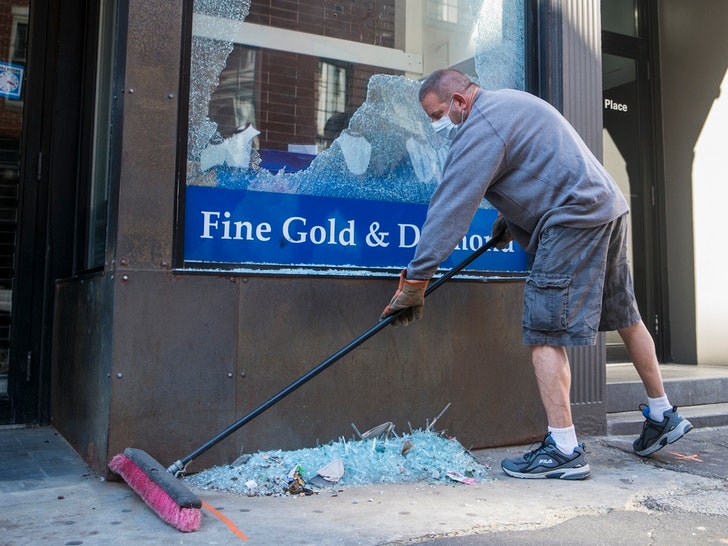 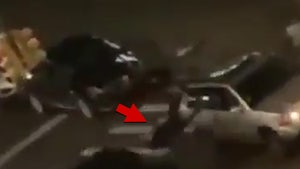 NYPD Sergeant Struck By Car in Bronx During Disturbances 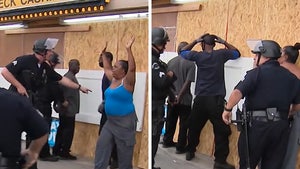