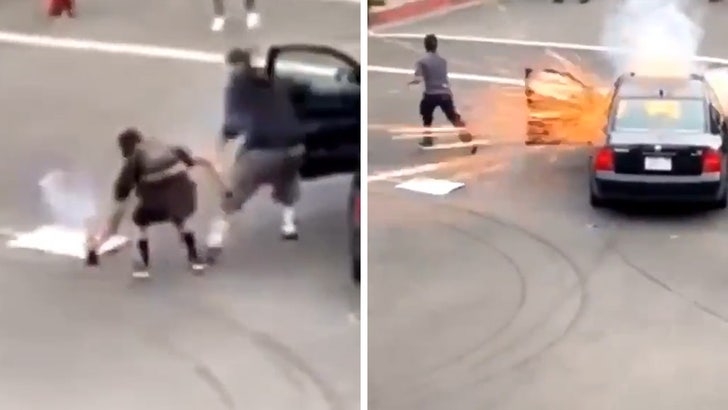 An apparent agitator in the middle of a peaceful protest's car is burned out ... after the firework he tried to leave got thrown back into his car by a protester.

The crazy incident went down Tuesday in Riverside, CA after a man pulled into the middle of the street, stepped out and laid down what looks like a Molotov cocktail. You can see from the video the stunt immediately backfired on him because a protester -- trying to keep the march peaceful -- grabbed the smoking bottle and tried tossing it right back into dude's car!!!

The agitator made a failed attempt to get it out of the vehicle but ended up ducking for cover. The bottle never actually made it inside the car but it fired directly into the car's interior and you can see the fireworks go off. You can also see the unattended car roll in reverse before some good folks jumped in and put the car in park.

It's a stark illustration of what's been happening in a lot of the protests over George Floyd's death at the hands of ex-cop Derek Chauvin.

Peaceful demonstrations interrupted by agitators trying to amp up violence. This time peaceniks fought back. 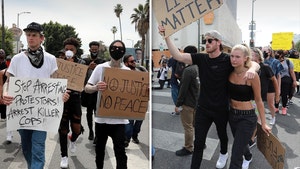 You Might Want to Rethink Insane Videos Viral News