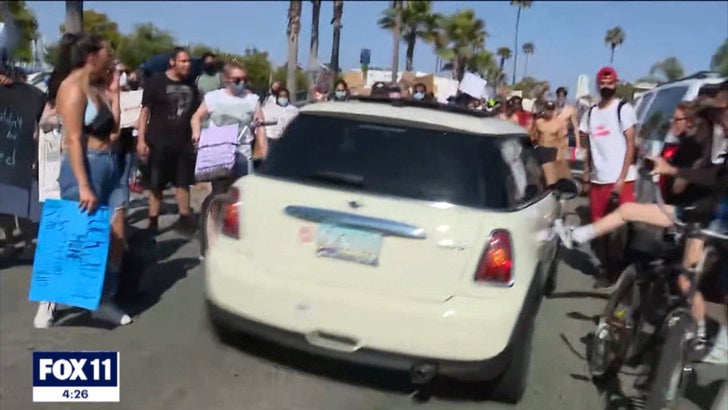 A peaceful protest in Newport Beach over George Floyd's killing was interrupted by a reckless driver in a Mini Cooper rushing through the crowd.

Local news captured the crazy moment as the car sped through the SoCal beach town Wednesday and appeared to come close to plowing into several protesters. The driver did strike a bicyclist, according to reports. 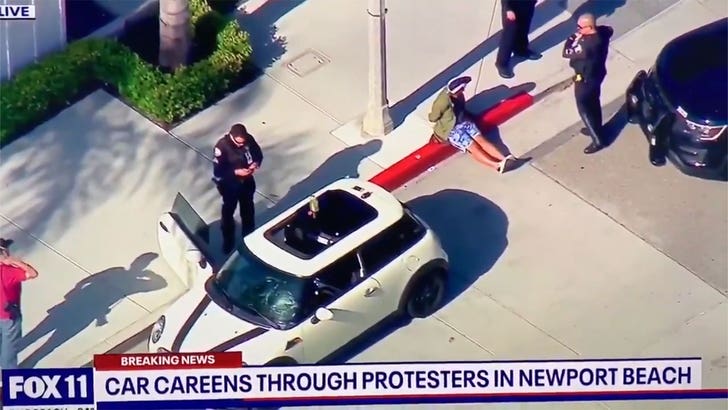 Fortunately, nobody was injured in the incident, and Newport Beach PD caught up with the driver -- a resident of Newport -- and took him into custody. He was arrested for assault with a deadly weapon. He's reportedly cooperating with the investigation, and a police rep says they don't believe this was a deliberate action.

Doesn't make it less scary, though ... and vehicles plowing through crowds during the period of unrest over Floyd's death has become an all-too-common sight.

Two NYPD police cruisers rammed into protesters last weekend, and there have been multiple cases of vehicles hitting cops, as well.