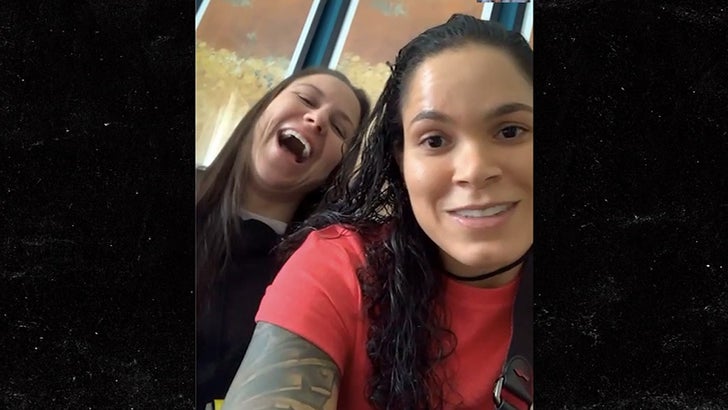 Amanda Nunes wants Nina Ansaroff to sit out an entire year before returning to the Octagon after giving birth ... but Nina says she's coming back a lot sooner!!

Nina and Amanda are expecting a baby in September ... and Ansaroff -- the 5th ranked strawweight -- is adamant she will return to the Octagon.

But, how soon? We asked.

"In 3 months, [our baby girl's] gonna be here and I plan on fighting 6 months after that. Amanda says a year, but I'm giving 6 months," Ansaroff tells us.

"Unfortunately, the gym closed down because of the virus and all of that. I put the pads at home on the wall, I run every single day, I lift."

There's more ... we talk epidurals (yes -- and Nina ain't getting one), and Nunes' main event fight against Felicia Spencer at UFC 250 Saturday night. 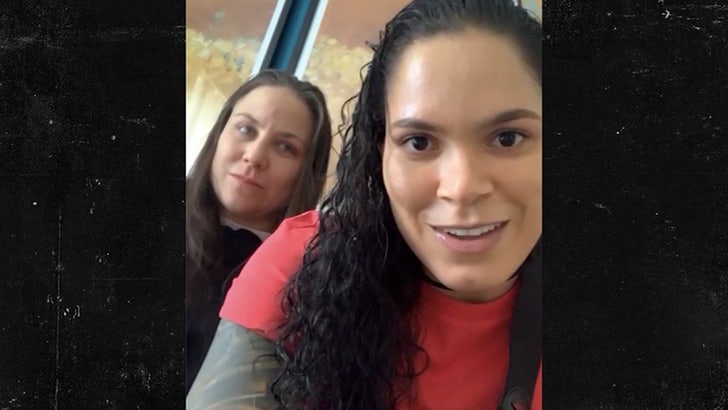 "I'm ready to do this. I've been waiting for this moment for so long in my career. To defend the 2 belts, and hold both of them. Nobody ever did it before. And, I'm gonna be the first one to make history," Nunes says.

FYI -- Amanda is gunning to become the 1st 2-division UFC champion to successfully defend both titles.

As for who wins the fight over when Nina returns ... that answer is gonna have to wait 'til next year. 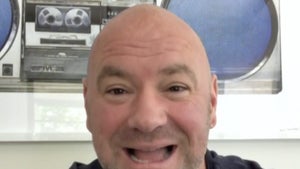 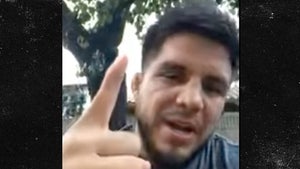