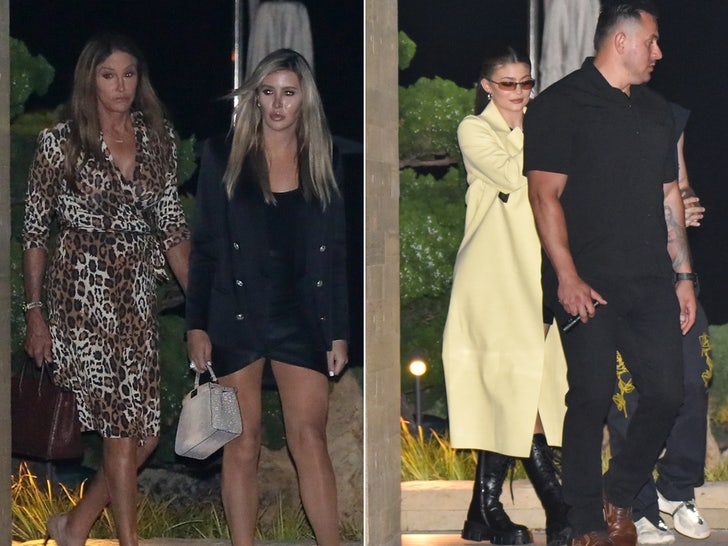 Kylie and Caitlyn Jenner got all gussied up to grab a meal together ... and it looks like they made it a table for 4.

Kylie and her friend, Harry Hudson, were joined by Caitlyn and her friend, Sophia Hutchins ... and the ladies all looked super fashionable Wednesday night as they were spotted leaving Nobu Malibu.

The chic yellow duster really made Kylie stand out, while Caitlyn's dress was also a bold choice ... with some 'Tiger King' vibes.

It's been a while since we've seen Kylie hanging with her dad, but it didn't take long for them to meet up after California lifted its stay-at-home restrictions and restaurants have opened back up.

While dinner with her youngest daughter is notable, it would be a much bigger deal if Caitlyn and Khloe were out together. You'll recall ... they don't see too much of each other these days.

The real question here though is who paid for dinner -- the parent ... or the nearly-Forbes billionaire child? Our money's still on Dad. 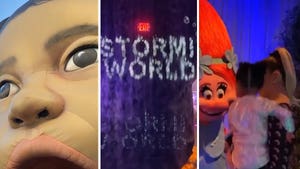