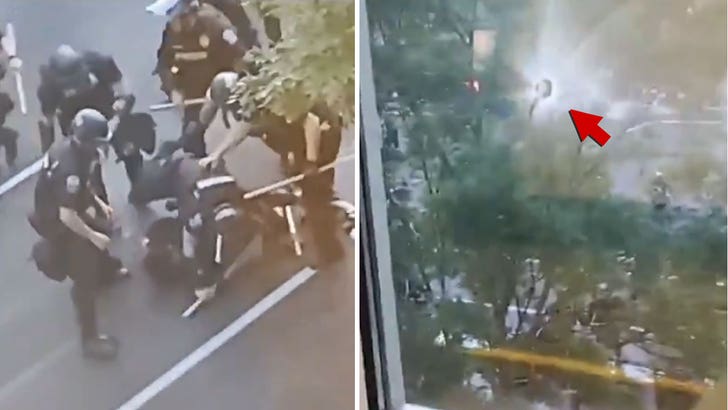 A man who was recording video of cops pouncing on a protester from his building got his window blasted ... and he's looking for the officer he believes fired at him.

Twitter user Kentucky Kenji says he was shooting the Black Lives Matter protests in Louisville earlier this week, and as he got close to his window to zoom in on some potential police brutality, he got shot at.

As you can see, his window got smashed by a projectile -- looks like a rubber bullet or a pepper ball -- and the damage was visible as he backed away. Makes ya think ... they're non-lethal rounds, but damn!!! If one of those hit you from 20-30 feet away?

It's unclear exactly who shot at him, but Kenji's looking for "the name of the cop who shot at me."

Protesting in Louisville has continued as residents there seek justice for Breonna Taylor, and call for the cops responsible for her death to be arrested. 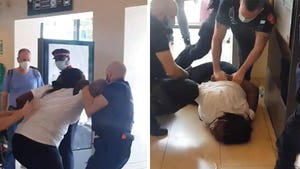 You Might Want to Rethink Weapons & Guns Controversial S#!T Police