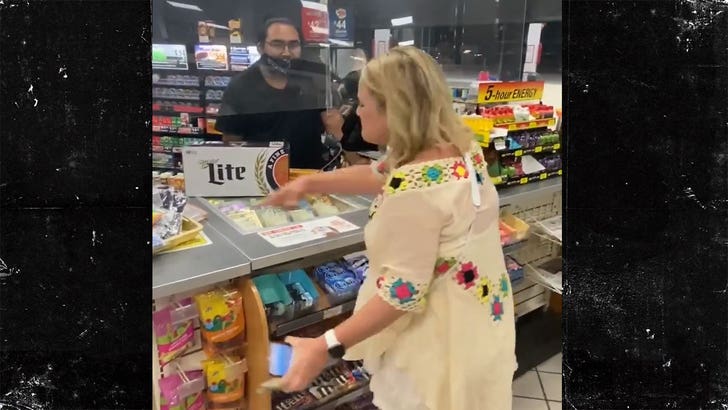 'Rona-truthers have infiltrated the Lone Star State -- here's a Texas woman melting down at a 7-Eleven over their mask policy ... only here, she left behind a gross remnant to mark her territory.

The woman is trying to buy a rack of Miller Lite -- but the front counter clerk won't let her check out because she's not wearing a face covering. She starts throwing a tantrum, and it's all downhill from there.

The guy points out the obvious ... she doesn't have a mask. She agrees, flabbergasted that he won't sell her the beer because of it. He stands firm though, saying it's the convenience store's policy to have one on while shopping, and that pisses her off even more.

The woman says the amount of time he's wasting is probably spreading more germs than if he would just let her purchase the booze and be on her way -- and his response is ... buy a mask here. The lady absolutely refuses to do so, starting to proclaim ... well, 'MURICA!!!

In the latter half of the video, the woman continues to escalate the situation ... outright spitting on the counter before storming out. The 7-Eleven guy keeps his cool throughout. 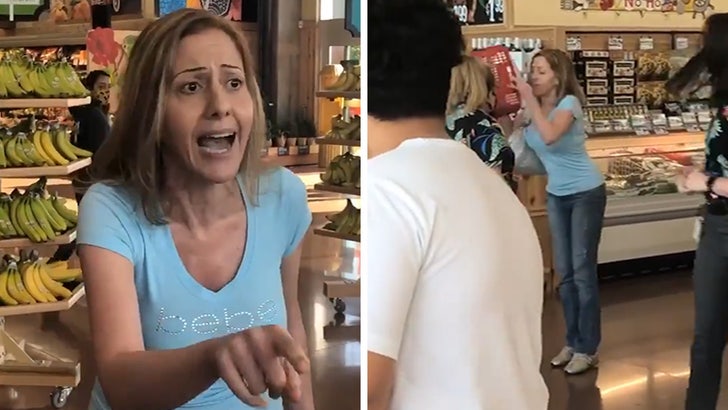 No word on whether this got to the point of getting cops involved, or if things ended here. In any case, it's another example of would-be freedom fighters pushing back with all their might against a simple policy that even some of Trump's closest allies are starting to follow.

It's also proving once more ... the mask-less are not getting much shopping done these days. 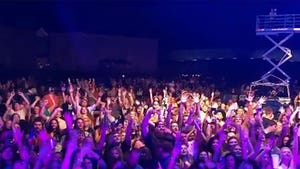