2:48 PM PT -- The attacker, Cedric Charles Moore Jr., turned himself in Wednesday to the Scott County Sheriff's Office in Benton, Missouri. As we've reported ... he was already charged with felony assault in the second degree and felony child endangerment in the first degree due to the age of the victim and the violence of the act. His bond's been set at $50k cash only. 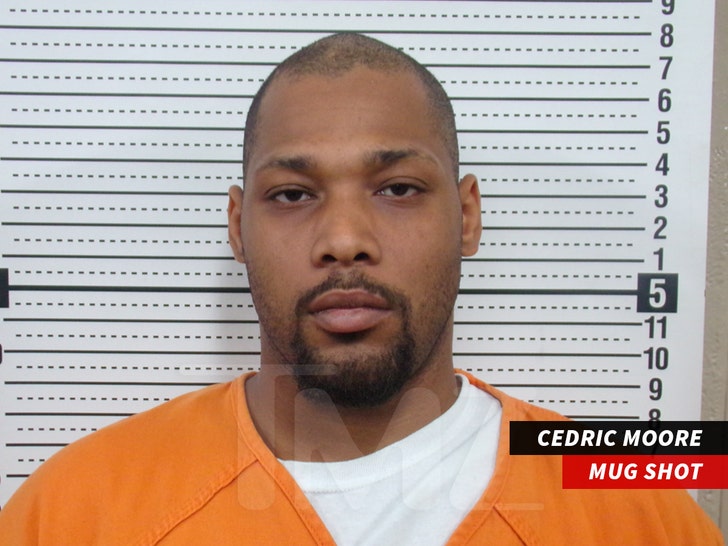 Sergeant Joey Hann with the Cape Girardeau PD said he "hopes that this arrest offers a sense of peace and security to the young victim and his family. Our department would also like to thank the large volume of information we received from the public on Cedric Moore. Your concern for decency and your tips on his whereabouts left this violent suspect with nowhere else to hide and helped to lead to his peaceful surrender."

It's impossible to make sense of the brutal, random act of violence against a 12-year-old dancing in the street, but humanity's shining through to help out the victim.

The tough kid's name is Ethan, and his mother, Stephanie Hagler, tells TMZ ... more than 400 people -- family, friends and strangers alike -- have raised more than $14,000 so far to cover his medical bills and more.

Ethan's mom says the remainder of the money raised will go toward his tuition at the Fingerprint Urban Dance Studio, in Cape Girardeau, MO for the next several years. The studio will get some improvements too -- like a new security system -- and Ethan wants to put some cash toward its annual festival.

As for his health, Stephanie tells us her son's still shaken up over the assault, and fearful to perform. She says he's afraid someone out there may try to hurt him again, and the disturbing ordeal is requiring daily therapy sessions.

Ethan's also dealing with the effects of a concussion -- dizziness and headaches -- but his mom says the "overwhelming support from friends and community members has been making Ethan feel better." We're told folks have been bringing him gifts, as well ... including a painting by one of his friend's parents.

As we reported ... Ethan was with his dance instructor, Micheal Curry, Friday night when he was sucker punched by a man police ID'd as Cedric Charles Moore Jr. -- who's been charged with felony assault and felony child endangerment for the attack. Cops are still searching for him.

Curry, who recorded the video of the assault and is the owner of Fingerprint, tells us his group of dance kids is hitting pause on all street performances for now.

However, Curry says he and Ethan are scheduled to perform a DJ set at a local joint in August ... and he hopes it will help Ethan regain his confidence, while giving the community an opportunity to show support.

He says he's worked with Ethan for 4 years, and he's thankful for the support they've already gotten -- but his main focus is helping his kids regain their trust in humanity. 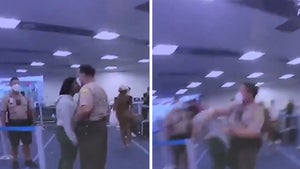 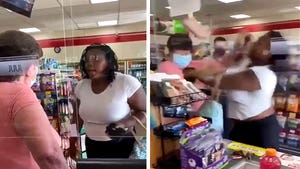