ESPN host Rachel Nichols was unknowingly recorded in her hotel room while on a private conversation ... and video was sent to a media outlet in an apparent attempt to damage her career.

Nichols -- host of "The Jump" -- is currently covering the NBA restart at Walt Disney World in Orlando, Florida ... where she has been shooting segments from her hotel room.

But, Nichols was unaware a video feed was recording her while she was on a recent private phone call in her room -- and the video was later captured on cell phone by someone who had access to it.

Some of the footage -- roughly 4 minutes -- was sent to the website Deadspin, according to the site.

"Nichols is clearly unaware the video feed set up in her room for remote filming of her show is running while she discusses internal ESPN matters," Deadspin reports.

ESPN has already issued a statement supporting Nichols and condemning whoever is leaking the footage.

"We are extremely disappointed about the leak of a private conversation. It’s indefensible and an intrusion on Rachel’s privacy."

The network added, "As for the substance of the conversation, it is not reflective of our decision-making on staffing assignments for the NBA, which has largely been driven by the circumstances of the pandemic."

It's not the first time a high profile ESPN personality has been secretly recorded in their own hotel room.

Back in 2008, Erin Andrews was videotaped nude through the peephole of her hotel room in Nashville.

The man responsible for the video was later sentenced to 2 and a half years in prison. 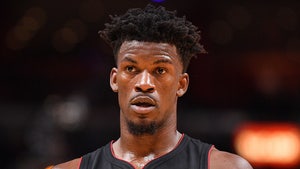 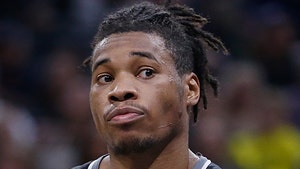