For Lil Xan, quarantine is a blessing in disguise ... he tells us he's using the downtime to channel his efforts into staying sober and being extra creative in the studio.

The rapper tells TMZ things are looking up after his pandemic-induced panic attack sent him to a hospital ... he says coronavirus quarantine helped him get clean, clearing his head so he can make his best music yet.

Lil Xan tells us it's a lot easier to sober up in quarantine because there are fewer temptations -- nowhere to go, no shows to perform and no excuses to be around situations that could lead to another relapse. 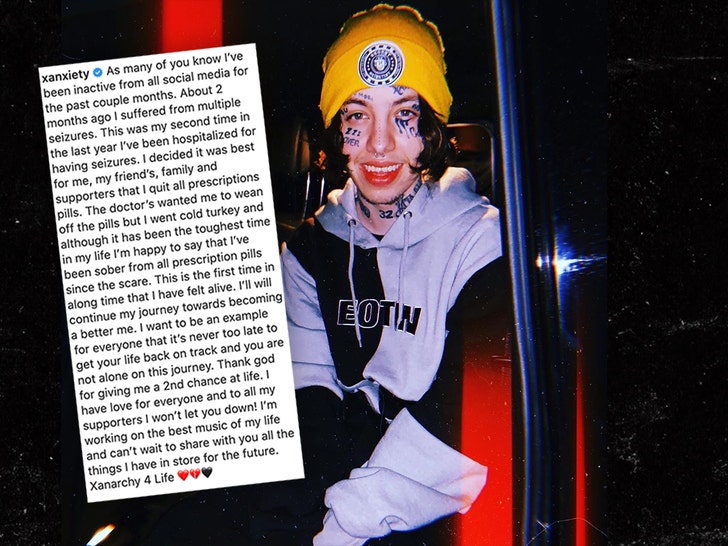 Xan says he's gone cold turkey on prescription pills and feels alive for the first time in a while ... adding he's determined to make the most of what he calls a second chance.

Lil Xan tells us he's used quarantine to rework his music and his life ... he says he wants to be a role model for young people struggling with sobriety, and is even down to be a mentor.

The way Xan sees it ... he tried to spread positive messages to kids in the past, but it didn't really work because he wasn't living a sober life himself.

Lil Xan, who says he was his own worst enemy and was slipping into a really dark area before quarantine, tells us he was being told to go back to rehab during quarantine, but ultimately decided against it and went cold turkey, staying in bed for weeks on end.

Bottom line for Xan ... the past few months have been extremely hard, but he's over the hump and he's turning things around. 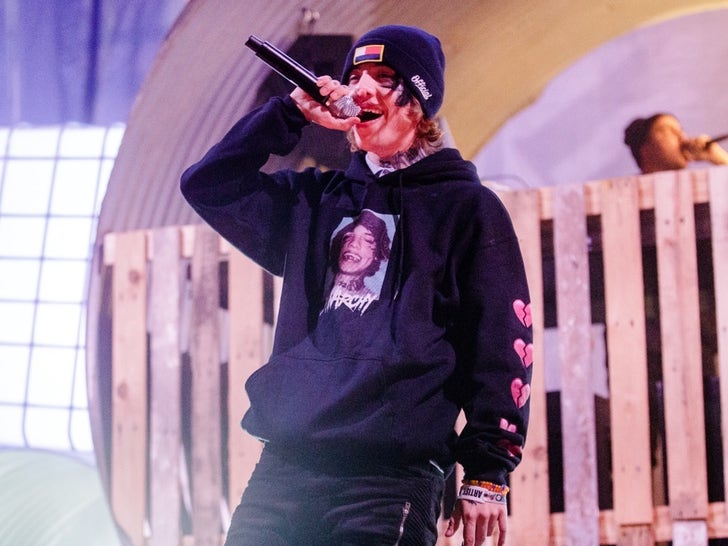 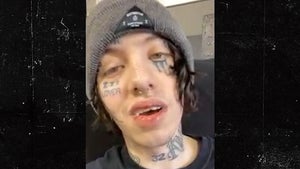 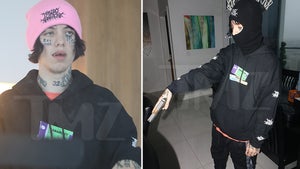