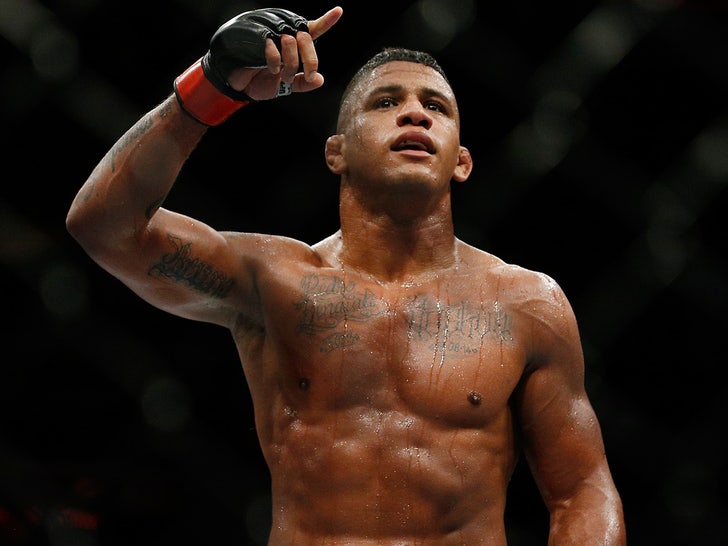 The UFC star says he's finally tested NEGATIVE for coronavirus, 2 weeks after he was pulled from his title fight with Kamaru Usman.

Remember, Burns -- who recently beat Tyron Woodley to earn his title shot -- was supposed to be the main event at UFC 251 on Fight Island.

But, Burns got the Rona, and everything went downhill from there -- he was replaced by Jorge Masvidal and he's been quarantined ever since.

The good news ... 34-year-old Burns got retested at a lab in Jupiter, Florida on July 16 -- and the results just came back negative! Congrats!

He even posted the results document on social media!

So, what does it mean for Gilbert and the UFC?

Dana White has said he's the next in line for a title shot against Usman!

There is one minor speed bump -- Kamaru received a 180-day medical suspension due to the potential of a broken nose suffered in the Masvidal fight -- but there's a chance he could be cleared to return earlier if doctors allow.