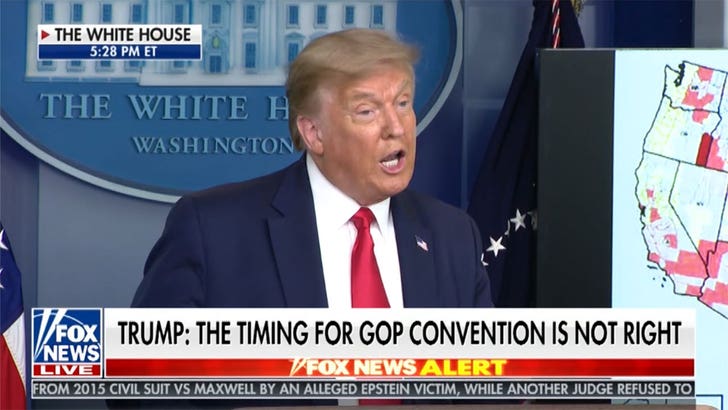 President Trump made a surprising about-face ... canceling the Jacksonville portion of the GOP convention after weeks of insisting he was moving forward with it.

The announcement came Thursday during a White House coronavirus briefing ... with Trump saying the drastic coronavirus spike in Florida forced his hand to pump the brakes on the convention. 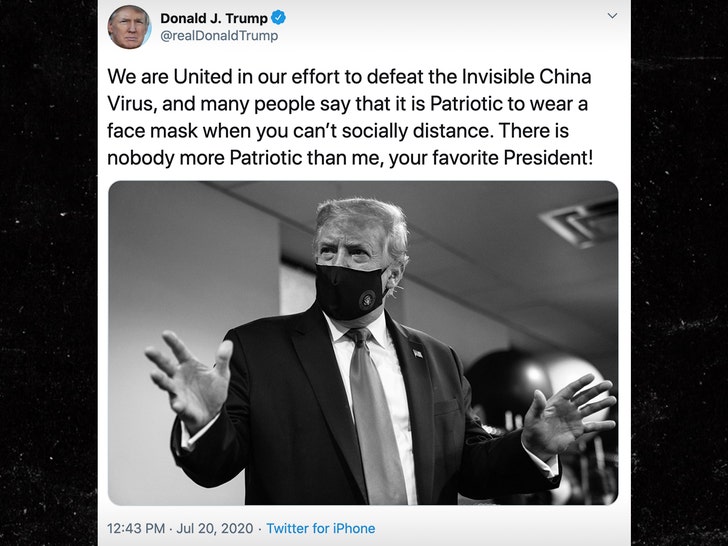 Trump -- who just a few days ago said wearing a mask is patriotic but mostly still refuses to wear one in public -- claimed "there's nothing more important in our country than keeping our people safe." He added, "I looked at my team and I said the timing for this event is not right. It's just not right. To have a big convention, it's not the right time."

The GOP convention was initially slated for Charlotte, North Carolina but Trump moved it to Jacksonville after North Carolina officials shut it down citing COVID restriction guidelines limiting large gatherings. The formal nominating process with delegates is still scheduled to take place in Charlotte.

But, the large conventions are a thing of the past, at least this time around. Trump said he'll still give an acceptance speech ... probably in a tele-rally.

Side note ... if it's too dangerous to hold the convention in Florida next month, how's it safe to open schools next month? 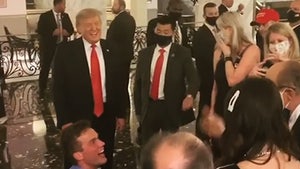