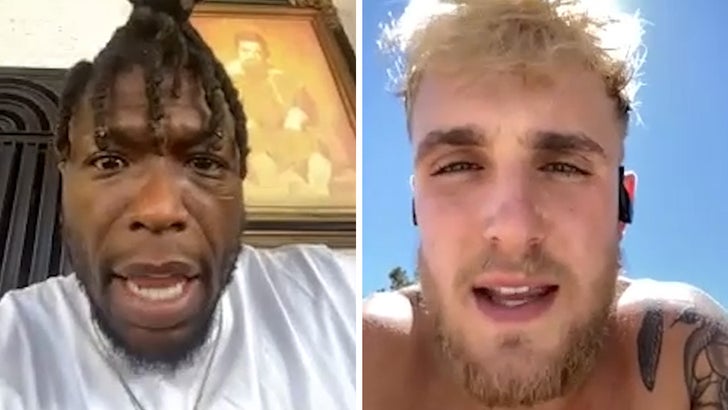 SO MUCH TRASH TALK!!!

Jake Paul and Nate Robinson have signed the dotted line to fight in Sept. -- but they're already throwing verbal haymakers ... and the video is amazing!

23-year-old Jake is taking on the 36-year-old ex-NBA player on the undercard of the big Mike Tyson vs. Roy Jones Jr. fight after a war that started on TMZ Sports.

Long story short ... Nate called out Jake after watching the YouTube star beat up a couple of social media influencers in his first boxing matches.

Jake saw Nate's comments and challenged him to put his money where his mouth is -- and he did! Fight date is Sept. 12 on PPV and the Triller app.

We spoke with both guys at the same time -- and right off the bat, the insults were flying!!!!

In fact, Nate says he's gone up against NBA legends like Kobe Bryant and Allen Iverson -- and says Jake is a BUM compared to those guys.

Nate has never had an amateur or pro boxing fight -- and Jake says he's simply biting off more than he can chew.

"You're not ready, you haven't even sparred yet," Jake said. "you don't even know what it's like to spar, buddy."

"Shut up, Jake ... with your bird head ass," Nate barked back. "Listen, come September 12, bro, you said you was gonna knock me out. Just make sure you're a man of your word."

Jake added, "This is the only thing you have going for you ... where was Nate Robinson before this? ... I'm like a doctor with the shock pedals reviving your career!!"

Even Robinson's bud and ex-NBA star, Matt Barnes, got in on the fun ... saying he wanted to go after one of Jake's friends!! 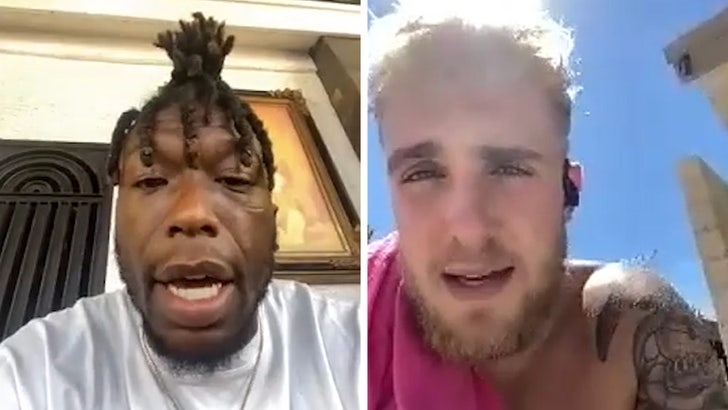 The guys did settle down for a bit to talk about the opportunity to fight under legends like Tyson and RJJ ... and they both understand it's a once in a lifetime opportunity.

"All the stars have aligned and it's honestly an honor to be a part of the Mike Tyson card," Paul tells us. "Like, seriously, a dream come true. I can't even believe it."

Nate says he's tapping Floyd Mayweather -- as well as other boxing greats -- to help him train for the big event.

"I've been working with guys like Floyd Mayweather out here in Vegas," Robinson says.

"I've been working with Ron Johnson, David Benavidez, the brothers ... I'll be working with Terence Crawford and a couple of other guys getting ready for this fight. I can't wait." 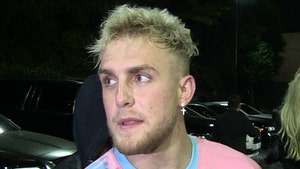 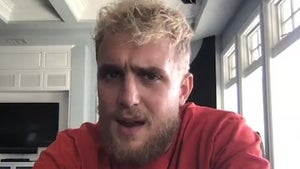