Steelers head coach Mike Tomlin is fed up with the NFL's lack of diversity on the sidelines ... calling out the league and saying "it's a joke" more minority coaches aren't getting gigs.

"We just have to be better," Tomlin said Thursday on "Good Morning Football."

"Why sugar coat it? There's less than half the minority coaches in the NFL today than there was in 2007 when I got my job."

(Part 2) .@steelers HC Mike Tomlin joined #GMFB to talk about adjusting to the unique training camp, the opt out deadline (today at 4pmET), Big Ben, @TeamJuJu, @minkfitz_21 and so much more! pic.twitter.com/CjuFZ9duvn

"From that perspective, it is a joke. It needs to be addressed," he added.

Of course, the NFL has made attempts to provide more opportunities for minority coaches in the past ... most notably the "Rooney Rule," which was implemented in 2007.

The league has also tossed around the idea of giving teams an incentive via draft picks if they hire minority coaches or execs ... which was widely criticized.

"I know that we're working diligently to address it, but the bottom line is it has to be reflected in the hiring."

"I coach football, I don't hire and I acknowledge that, but I've also been in the league long enough to know where we are right now, it’s comical, although it’s not funny." 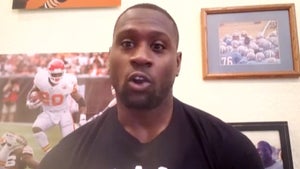