Halloween May Not Be Dead After All, At Least for Costume Companies

Halloween might not be totally doomed this year after all, because even though the coronavirus monster is devouring theme parks and candy companies ... one major costume retailer says it expects to make it out alive.

A spokesperson for HalloweenCostumes.com tells TMZ ... there was a major drop in sales back in March and April as shutdowns for the COVID-19 pandemic were in full effect, but the company's rebounding in a big way.

We're told the costume site is back to pretty normal business for the summer months, and actually made up some ground in costumes sold recently.

In fact, the rep says although numbers were down 32 percent in the spring, sales are only down 1 percent compared to last year at this time.

The company's optimistic its sales will remain solid leading up to Halloween too ... and here's why -- it believes more people than ever will be celebrating at home.

Yes, as we reported, it's true that several Halloween-themed events have already been canceled at major amusement parks like Disneyland and Universal Studios ... and trick-or-treating will be greatly discouraged.

But, this doesn't mean families can't still order costumes and get festive while staying in ... which is exactly what HalloweenCostumes.com expects.

We're told the company's Easter Bunny costume sales were higher than ever this year, which is a good sign folks will be eager to load up on vampire, clown, witch, zombie, and Frankenstein's monster gear as well ... pandemic be damned. 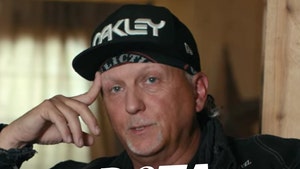 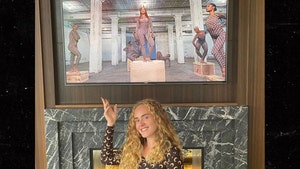