Ever had a cotton swab shoved up your nose!? IT SUCKS!

Just ask L.A. Chargers cornerback Casey Hayward -- who had some major pre-swab jitters before his COVID test at the Chargers facility ... and the footage is great!

📺: 10 PM on @HBO and streaming on @HBOMax pic.twitter.com/xNytQRIb6b

NFL players are getting tested everyday during the first 2 weeks of training camp -- which opened on July 28.

And, judging by this footage of Hayward captured by HBO's "Hard Knocks" ... there's just no getting used to it!

Both the L..A Chargers and the L.A. Rams are featured on the docuseries this season -- a big change for the show which has traditionally only chronicled one team's journey into the regular season.

The COVID pandemic will play a major role in the show based on clips released by HBO.

One scene shows how Chargers coaches are no longer having players gather together to "break it down" after a practice session.

Instead, players are instructed to chant, "1, 2, 3 ... Chargers!" while socially distancing from each other during drills.

Weird ... considering football is a collision sport that requires players to smother each other and they'll presumably work on tackling and/or close-quarter drills at some point during practices.

But hey, appreciate the effort. 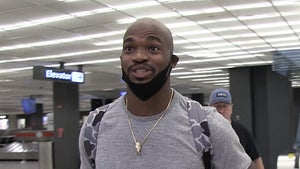 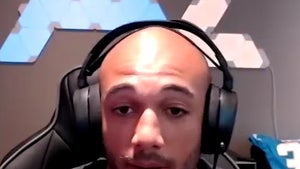