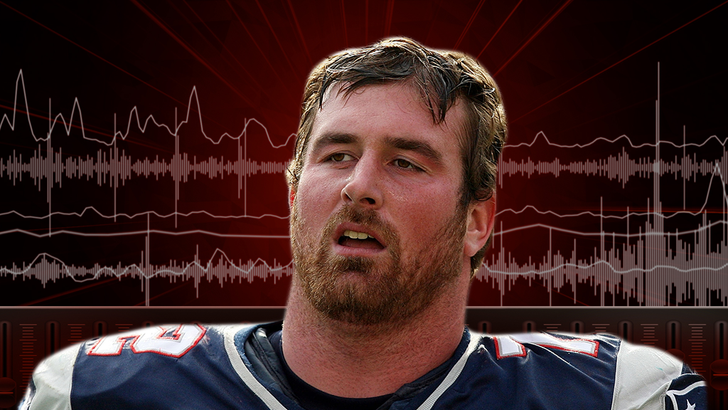 The Greg Hill Show on WEEI

Ex-Patriots lineman Matt Light says you won't catch him out in public covering his face ... claiming science proves there's no need to wear a COVID-19 mask.

"I respect anybody's decision to wear a mask or not wear a mask," Light said on WEEI's The Greg Hill Show. "The science is real clear on masks, right? There's no need to interpret it whether it helps saves lives or not, it doesn't."

FYI -- Robert Redfield, the director of the Centers for Disease Control and Prevention, said just last month he believed the pandemic could be controlled in 8 weeks tops if everyone wore a mask ... but doesn't seem the Super Bowl champ is convinced.

"It has no real effect. It makes you feel comfy and warm inside maybe but it doesn't do anything in the grand scheme of things."

Light says he's frustrated with how politicians have required people to wear masks in public or face potential fines ... adding the threat isn't as serious as it's being made out to be.

"I think we're better than that. I think this country was founded on principles that don't just say, 'hey, when somebody tells you to do something, even if you look around and know there's not a fire, don't believe them when they say there's smoke'. Like c'mon, we're better than this."

Light says despite disagreeing with the protocols, he DOES take the virus seriously ... but requiring everyone to wear a mask is not the answer.

"I understand that there is a bug out there. There's a virus and it is causing harm on certain people, no doubt but it does not warrant what we're looking at right now. The data clearly points to that."

Experts from around the globe say wearing a mask can prevent the spread ... but Light believes it's simply just too much to ask.