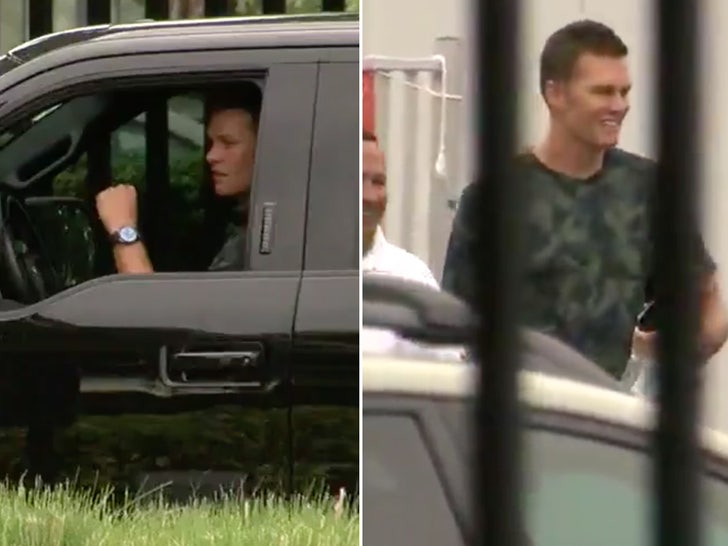 It's officially real ... Tom Brady just showed up at the Buccaneers' practice facility for the first time -- getting welcomed at his new job by a round of COVID-19 testing.

TB12 hadn't been allowed at Tampa Bay's workout center since signing with the Bucs this offseason due to the pandemic.

But, with the team kicking off training camp next week, Brady, other QBs and rookies officially reported today to get their coronavirus testing done.

At 8:30 a.m. ET, Tom Brady arrives for the first time at the #Bucs training facility. You can see him putting on a mask and going inside the testing trailer. pic.twitter.com/Mc3a6XDGg3

Tom was all smiles as he made his first appearance at his new gig ... he rolled up in a black ride and popped on a mask as he headed into the testing site.

Brady appeared to have some blood work done -- he came out of the building with a bandage on his right elbow -- but you can see in the clip, he sure seemed excited to get everything finally started.

Of course, Tom's already pretty familiar with his new team ... the QB has been hosting informal workouts with his new squad despite the NFL advising against it.

Brady is set to make his official practice debut with Tampa next Tuesday ... if he passes his COVID test today and another one this weekend.

Here's to hoping for a healthy G.O.A.T.! 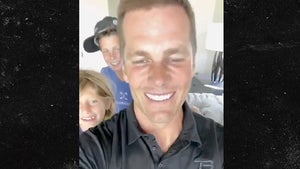 Tom Brady Gets Mushy For Gisele's 40th Birthday, 'Sunshine Of My Life' 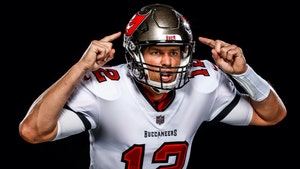