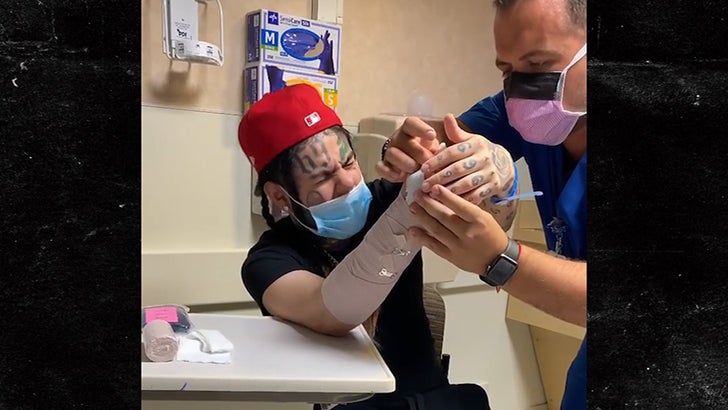 Tekashi 6ix9ine is in a cast after breaking his wrist in a bizarre accident at home.

Tekashi tells TMZ ... he went downstairs to grab a bite around 3 AM Tuesday when he tripped over his 1-year-old French bulldog, Poppy, and injured himself as he tried to break his fall.

6ix9ine says his hand got caught in the stairway banister and he broke a bone in the back of his wrist. He tells us he felt pain, but didn't know his wrist was broken until later in the morning when he woke up and it was still hurting.

69 says he went to the doctor and X-rays revealed the fracture. Tekashi posted video of his arm and wrist getting wrapped, and he tells us he will spend the next 3 to 5 weeks in a cast.

We know the saying ... snitches get stitches, but in Tekashi's case, it's a cast. 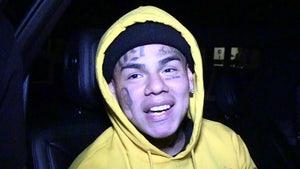