Florida State wide receiver Warren Thompson claims he's been "lied to" about COVID exposure on the FSU football team ... this after another FSU WR tested positive on Wednesday.

Thompson -- a 6'3", 200-lb. sophomore -- put the team on blast in a lengthy IG post Thursday ... saying "the proper leadership does not exist" to address the COVID threat.

"During this entire week of camp I have been lied to multiple times about the conditions of other players' health as well as mine."

"It has been shown to myself and the rest, that our leadership is based off an 'I' mentality with them only worried about their own future rather than their own athletes."

Thompson's allegations come one day after his fellow WR D.J. Matthews confirmed on social media that he has tested positive for coronavirus.

Matthews is the 2nd Noles player to confirm a COVID case -- with lineman Andrew Boselli testing positive back in March.

We've reached out to FSU for comment -- no word back. But, FSU has not given out any info on the number of players infected since the pandemic began.

As for Thompson, he claims he's already been "ridiculed" for speaking up about his concerns ... but wanted to go public in hopes of resolving the issues before the season.

"The lies from our leaders have backed myself into a corner putting my overall well being in jeopardy," Thompson continued. "The neglect to respond to this issue is very concerning and why I’ve drawn attention to it."

Thompson makes it clear he WANTS to play for FSU this season and has done everything in his power to stay safe ... but he's demanding transparency from the school.

"I’ve put 1000% into this team and my own craft. I’ve got too much to prove to the world and this problem is growing greater potentially preventing that from happening because I’ve spoken up!" 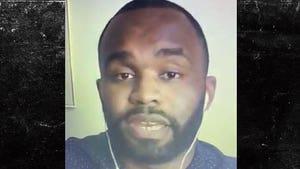 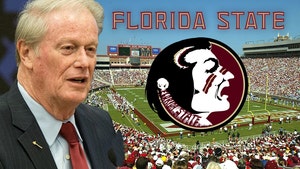