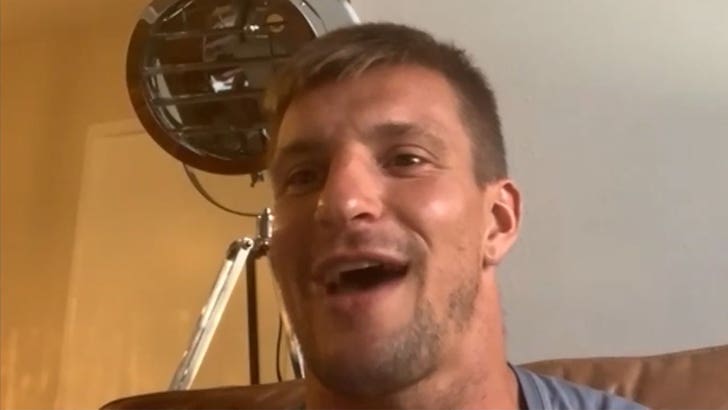 Who's the Kim Kardashian of the Gronkowski family?!

This according to the NFL superstar himself who says he's teaming up with his bros for a new FAMILY project ... and it sounds insane!

Rob tells TMZ Sports he spent his entire offseason beating  up his brothers -- Gordie, Dan, Chris and Glenn -- for their new YouTube channel, "The Gronks."

"We all just compete verse each other," Rob says ... "We all team up with each other to do all different type of weird activities or fun activities, or crazy activities, however you wanna categorize it." 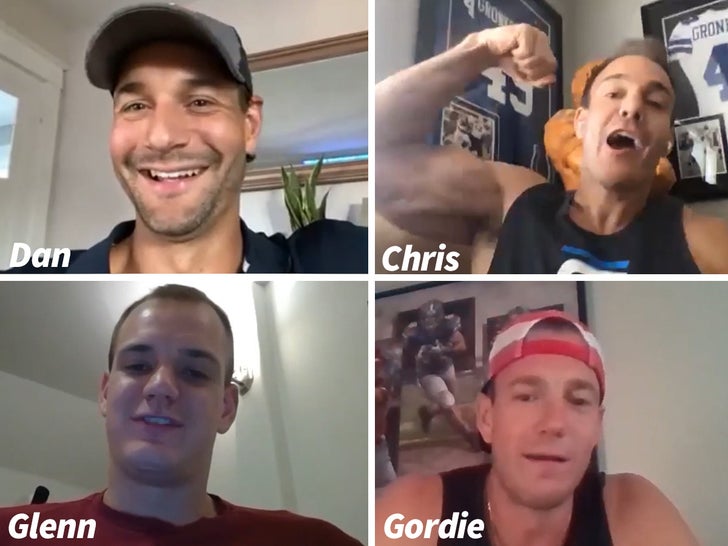 Paintball, jet skis, beer pong -- you name it, they're doing it. With intensity.

We asked Rob if the new project is part of a larger strategic plan to set up a post-NFL career for himself in Hollywood.

His response is classic.

"I don't really have a plan. I really just take whatever I'm doing at the moment. Obviously right now my plan is just football, for real."

"I'm just really focused on the game right now and I'm loving it."

Gronk sat out of the 2019 season -- but says he feels awesome right now ... and when we asked how much longer he wants to play pro ball, he didn't commit to an answer.

"I'm not gonna lie, the game of football doesn't last for your whole life," Gronk said ... "So, it's good to have options when you're done playing but as of now, the focus is just there to get better and play some ball."

The Gronks say as part of their new channel, they team up with a ton of big stars for some insane physical challenges ... and even teased a possible Tom Brady cameo.

Some quick info on the bros ... Dan, Chris and Glenn were solid football players who made it to the NFL level. Gordie went the baseball route and was drafted by the Angels in 2006. 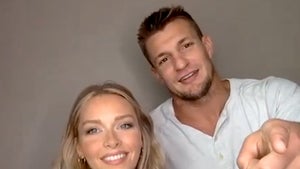 Rob Gronkowski Freaks Out Over Netflix's 'Outer Banks,' I Binged In 2 Days! 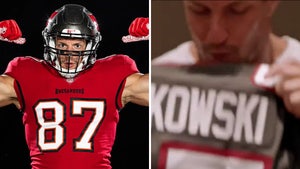