"Some black people are going to be upset with me ..."

UFC star Tyron Woodley does NOT believe Donald Trump is a racist -- insisting the only color he REALLY cares about is green.

Tyron -- who's been EXTREMELY critical of Trump in the past -- explained his position on 'The Hollywood Beatdown' ... saying he's convinced cash matters more than color to POTUS.

"If you have green on your face to him, he's gonna f**k with you. I think it's about green to him."

Trump came up during a conversation about Tyron's highly anticipated clash with Colby Covington on Sept. 19 ... a fight that's taken years to come together.

Colby is a hardcore Trump guy who was invited to meet the President at the White House in August 2018 following a victory over Rafael dos Anjos at UFC 225 earlier that year.

Trump's sons have also supported Colby -- they were both in attendance when Covington defeated Robbie Lawler in 2019. POTUS called Colby to personally congratulate him after the fight.

So, we asked Tyron how he felt knowing the Trump family will likely be watching when he takes on MAGA Covington ... and that's when Tyron told us how he really feels about the Commander in Chief.

Woodley also says he's focused and training his ass off for the Covington fight -- and predicts a violent finish.

He also weighs in on Jon Jones -- explaining why he thinks Bones should get an immediate shot at the UFC heavyweight title ... and why he's more than capable of beating monsters like Francis Ngannou and Stipe Miocic. 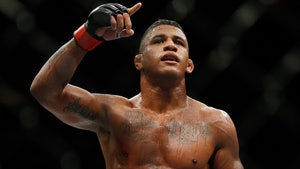 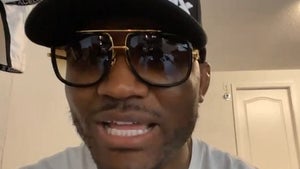