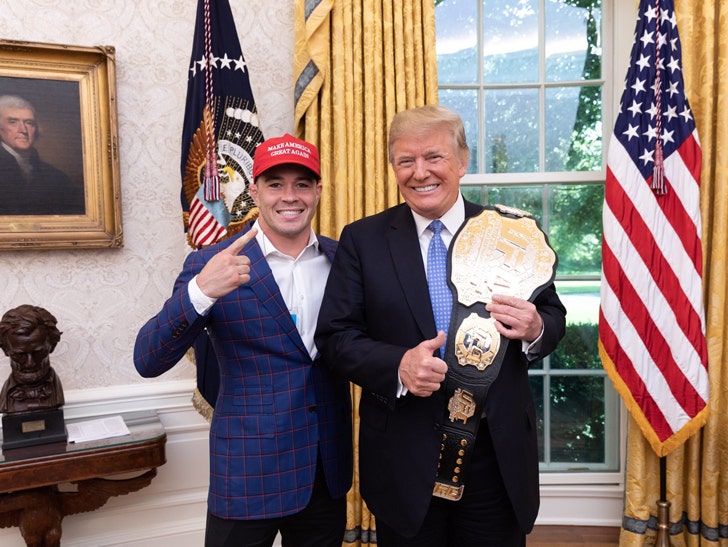 Colby Covington promised he'd make it out to see Donald Trump "unlike the Filth-a-delphia Eagles" after winning his championship fight last month ... and he finally made good on that on Wednesday.

Remember ... the UFC superstar beat up on Rafael dos Anjos at UFC 225 -- and took a shot at the NFL's Super Bowl champs while promising a White House visit afterward.

"I told everybody I was going to make the welterweight division great again, and now I’m going to celebrate how a real American should celebrate winning a world a title," Covington said.

"And that’s going to the White House to see Mr. Donald Trump and put this on his desk, unlike the Filth-a-delphia Eagles disrespecting our flag and kneeling for the national anthem.”

Colby brought the belt, and rocked a MAGA cap with -- of course -- a red, white and blue suit to the meeting. 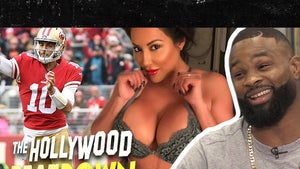 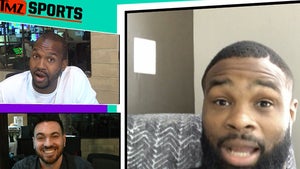