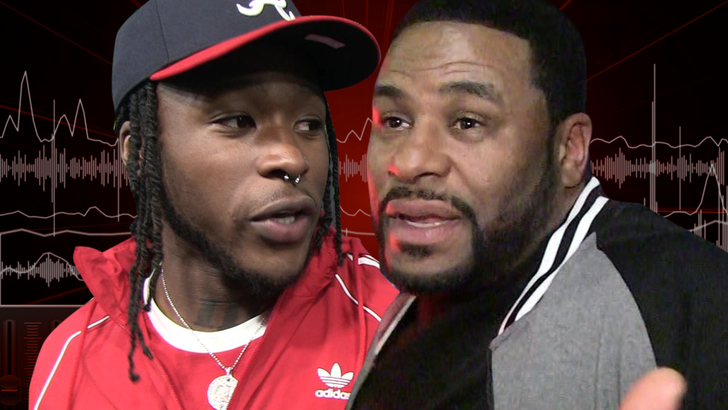 In My Bag Podcast - The Big Lead

NFL legend Jerome Bettis says Alvin Kamara should ABSOLUTELY hold out from Saints camp to get a contract extension ... saying the N.O. RB needs to get paid before it's too late.

Kamara had reportedly sat out a few days of camp already this summer over his unhappiness with his contract ... but he returned to practice this week even though he's yet to get a new deal.

Bettis, speaking on the "In My Bag" podcast Wednesday, says he believes that's a mistake ... adding Kamara should hold out to try to get the money he deserves ASAP!!!

"I think Alvin Kamara has put enough work in with that organization for them to know what he's capable of," Bettis says.

"So, I think definitely he needs to hold out because a running back only has a certain amount of carries in his body and once those carries get to that number, that's it."

25-year-old Kamara is still playing out his rookie contract ... which is scheduled to pay him just $2.1 million this season -- which is over $15 MILLION less than what top RBs like Christian McCaffrey and Ezekiel Elliott are set to make in 2020.

Kamara -- who piled up 1,330 total yards and 6 touchdowns last season despite injuries -- is reportedly seeking a new contract worth right around Zeke and McCaffrey's -- and Bettis clearly thinks the RB's worth that.

And, Bettis is advising Kamara to sit out to get it ... because he says if Kamara's not careful, the dude's big workload could begin to hurt him.

"It's not about years, it's about carries," Bettis says, "I think he has to be very conscious of that. And, yeah, if I was him, I probably would [hold out]."

Bettis, though, ain't urging ALL disgruntled RBs to sit out ... he actually thinks Vikings star Dalvin Cook should play out his rookie deal before he does anything drastic with his negotiation tactics. 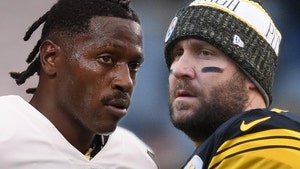 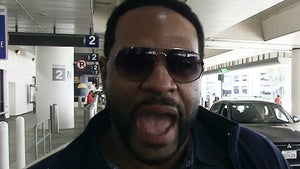