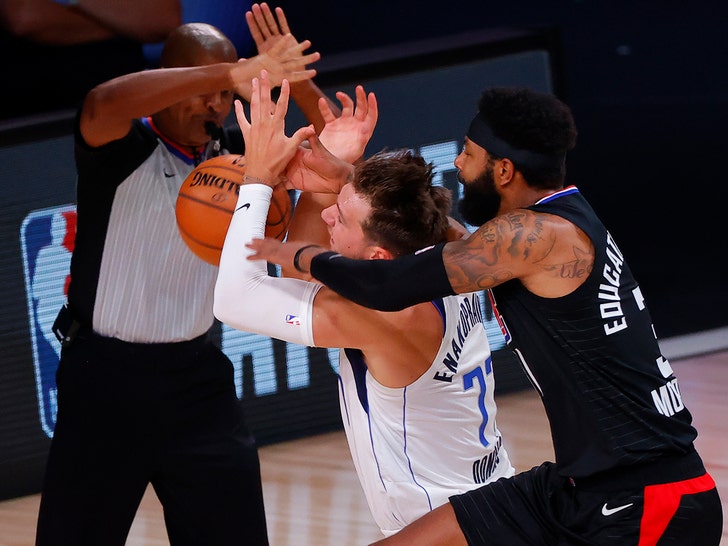 The NBA just hit Marcus Morris with a $35,000 fine for that hard foul on Luka Doncic during Game 6 of the playoff series between the Clippers and Mavs.

Morris and Doncic had been going after each other for the entire series -- things were chippy -- but things came to a head in the 1st quarter of Game 6 when Marcus hit Luka in the face while Doncic was going up for a layup.

A scuffle ensued. The players had to be separated. Morris was ejected from the game.

Now, to make matters worse for Morris ... he's gotta come out of pocket to the tune of $35k for "recklessly striking" Doncic, according to the NBA.

"The amount of the fine was based in part on the fact that Morris has been disciplined on several prior occasions for physical altercations on the court," the NBA said.

Later in the game, a rattled Doncic lost his cool over a foul call -- and threw the ball at the feet of one of the refs.

Doncic argued that he didn't intend to hit the ref -- just bad luck.

The NBA has fined Doncic over that incident to the tune of $15,000.

The Clippers ended up winning the game and the clinching the series, sending Doncic and the Mavs out of the NBA Bubble.

The Clippers are now set to face the Denver Nuggets in the 2nd round of the playoffs -- that series kicks off Thursday. 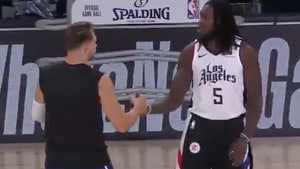 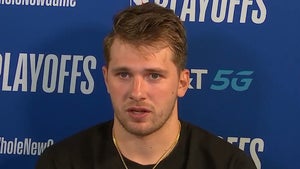