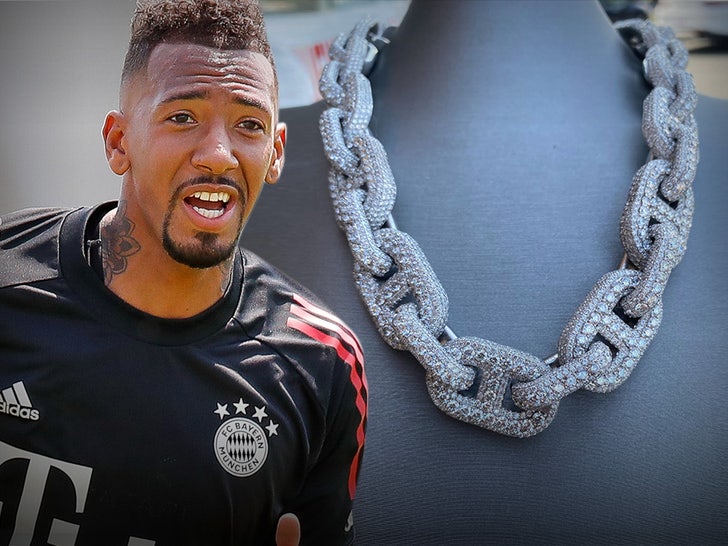 Soccer superstar Jerome Boateng has a LOT to celebrate -- he just won the Champions League AND turned 32 ... so naturally, some diamonds are in order!!!

TMZ Sports has learned ... the Bayern Munich defender wanted to commemorate his recent accomplishments with some one-of-a-kind ice, so he hit up his go-to-guy, Gabriel The Jeweler to make him a personal gift.

The finished product is incredible -- a massive link chain made of 110-carat VVS diamonds and white gold ... and we're told it's valued at a solid $200k (though unclear exactly how much Boateng paid for it).

The chain has smaller diamonds on the outside and larger stones in the middle to really make the thing pop. 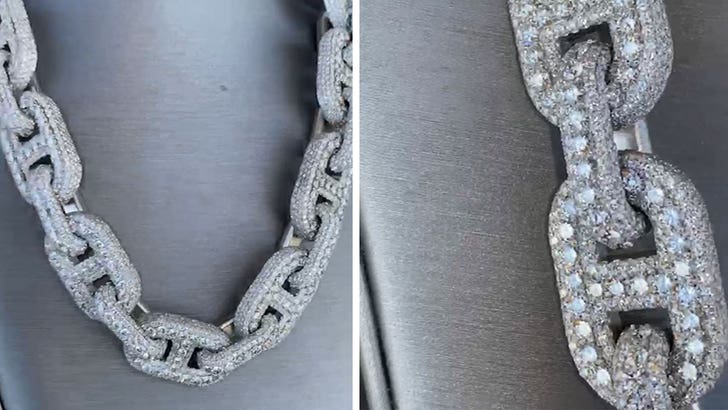 Boateng celebrated his special day on Thursday ... just a little over a week after beating Paris Saint-Germain in the UEFA Champions League Final.

Of course, Boateng came to Gabriel for a $350k jewelry spree of watches and chains last year ... and we're sure this won't be the last, either. 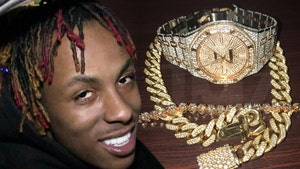 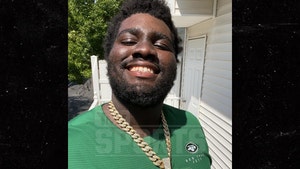