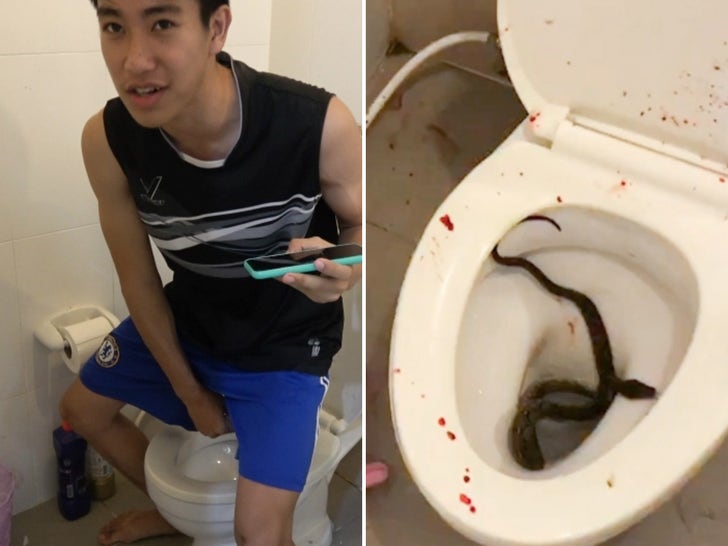 An 18-year-old man in Thailand is going to think long and hard the next time he needs to sit on the can ... after a 4-foot long snake chomped onto his penis!!!

Siraphop Masukarat went through the ordeal Tuesday night in a town outside Bangkok, Thailand ... moments after he sat down on the toilet. He says he suddenly felt tremendous pain as the non-venomous python took a bite of his python.

Not shockingly, Siraphop jumped up and ran for his life with his pants around his ankles -- and luckily, the snake let go, but it left a seriously bloody mess. 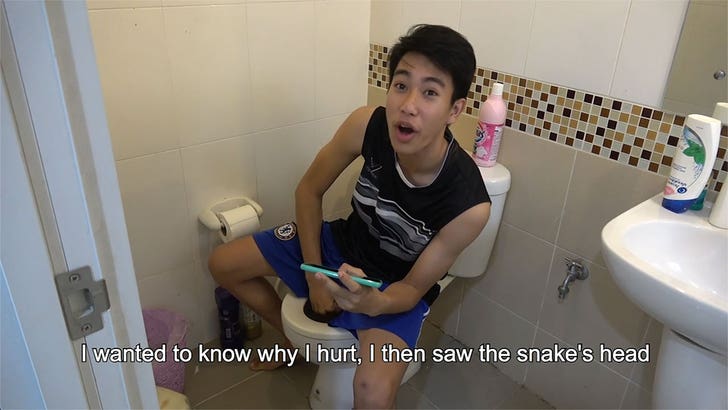 The young man said as soon as the snake let go, blood sprayed everywhere. His mom tried to calm him until paramedics arrived, and took him to a hospital. He needed 3 stitches on the tip of his ... dear God ... you get the picture.

Back at the house, animal handlers were called in to retrieve the snake, which was still in the toilet. It was captured and released ... sorta like poor Siraphop.

So, remember ... don't sleep outside to avoid snakes climbing down your throat and always check the toilet bowl to avoid this poor Thai man's fate. Unless you're the "Snakes on a Plane" guy and throw all caution to the wind. 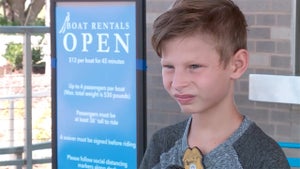 Pets You Might Want to Rethink Insane Videos Viral