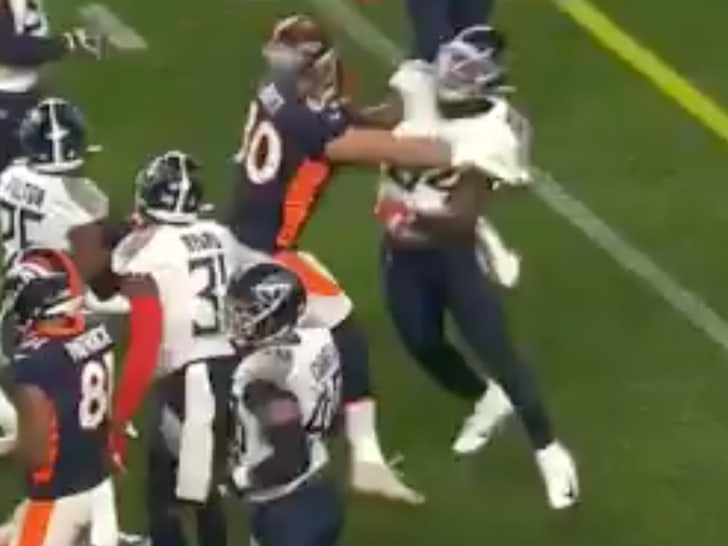 Tennessee Titans star LB Rashaan Evans says he's sorry for uncorking a violent right hook to the dome of a Broncos player ... and he's now vowing to make up for it next week.

If you missed it ... during a play in the 1st quarter of the Titans-Broncos game Monday night -- Denver tight end Jake Butt got into it after the whistle with Evans.

Rashaan Evans punched Jake Butt in the face, and, well, you can't do that, so he was thrown out of the game.pic.twitter.com/Trz55EB6IT

The two tangled up ... and Evans was so heated about being grabbed -- he straight-up threw a Mike Tyson-like haymaker right to Butt's face.

Fortunately, Butt had his helmet on and didn't suffer any injuries ... and, as a result of throwing the punch, Evans was ejected.

The linebacker said after the Titans' win he felt so badly about being disqualified -- he apologized to his teammates and promised he'd learn from the situation for next week.

"It was basically an overreaction after the play," Evans said of the punch. "A little bit after the whistle, there was a little tussle and I ended up overreacting by hitting him."

"But at the end of the day, man, I’ve got to keep playing, get ready for next week and basically make up for it."

Tennessee head coach Mike Vrabel added he wasn't pleased with Evans for the shot as well ... saying he hopes the 24-year-old learns from it.

FYI ... Evans is one of the Titans' best players -- the 2018 first-round pick started all 16 games for the team last season and logged 111 total tackles.

It's unclear if there will be further discipline from the NFL over the incident ... although a huge fine is almost certainly coming Evans' way. 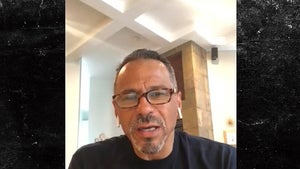 Rod Woodson Says HOFers Are Being Blackballed From Coaching, 'They Want 1 Alpha'