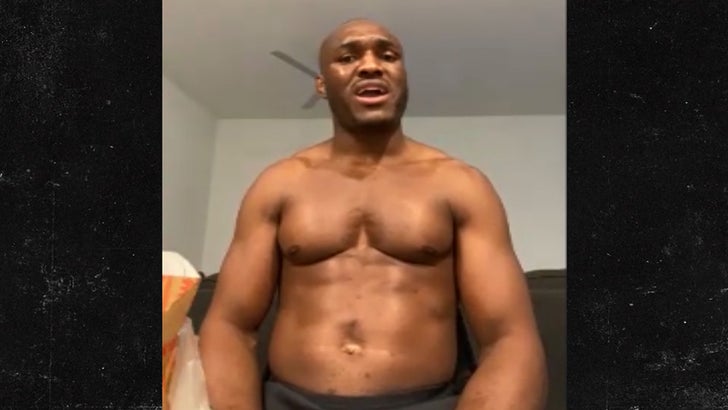 Who better to analyze the Tyron Woodley vs. Colby Covington fight than the only guy who beat 'em both -- Kamaru Usman!!

So, here's the reigning UFC welterweight champ telling TMZ Sports why this fight could be epic ... while not wearing a shirt.

Don't hate. Be honest -- if you were shredded like this dude, you'd do interviews without your shirt on, too.

Funny moment when he's reflecting on his match with Colby -- telling us, "What a jaw-breaking performance that was, wasn't it?"

But, we digress ... besides breaking down the strengths and weaknesses of both fighters, Kamaru also reveals he'll be in the building at the UFC Apex center in Las Vegas for Saturday night's big fight!

"If any one of these guys wanna get flippant at the mouth, ya know I'll be right there front and center. So they can say it to my face." 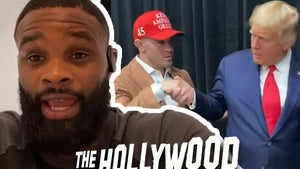