Tyron Woodley says Colby Covington isn't really a "MAGA" poster boy at heart -- claiming it's all an act for attention.

Tyron and Colby go back years -- they used to be teammates at American Top Team before becoming enemies.

Now, they're set to settle their beef once and for all on Saturday -- and Colby has been promoting the fight as a Republican vs. Democrat throw down.

You may have seen Colby hanging with President Donald Trump over the weekend -- POTUS showered Covington with praise.

But, Tyron says the REAL Colby is NOTHING like the character he pushes to the public ... insisting he used to be a "culture vulture" who was "in my gym doing the Nae Nae"

Tyron says Colby "created this entire image and culture based upon trying to get my attention ... and guess what, now you got it."

So, who's the real Colby?

"Colby Covington is a lost soul," Woodley says ... "He's a selfish individual. He's burned so many bridges. Burned a bridge with Jon Jones as a roommate, Jorge Masvidal as a roommate, a teammate and friend, myself, American Top Team and the list just goes on."

Tyron says he's excited to finally stop the talking and fight it out on Saturday. #CantWait 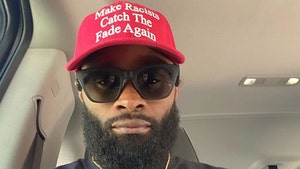 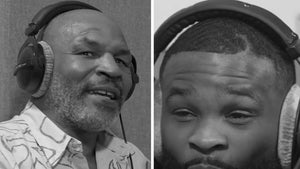 Tyron Woodley to Mike Tyson, I Once Scored You Weed In Missouri!