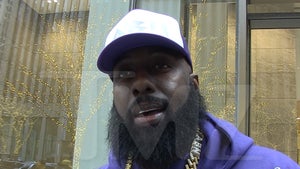 Kanye West has a new vision for what record deals oughta look like in the music industry -- and his guidelines are heavily in favor of the artist and making them money.

Ye tweeted several pillars that we guess would be in his own terms and conditions as a record label exec -- except, this is what he believes the biz as a whole should adopt STAT ... so artists can stop getting screwed and have an equitable share in the product they put out. 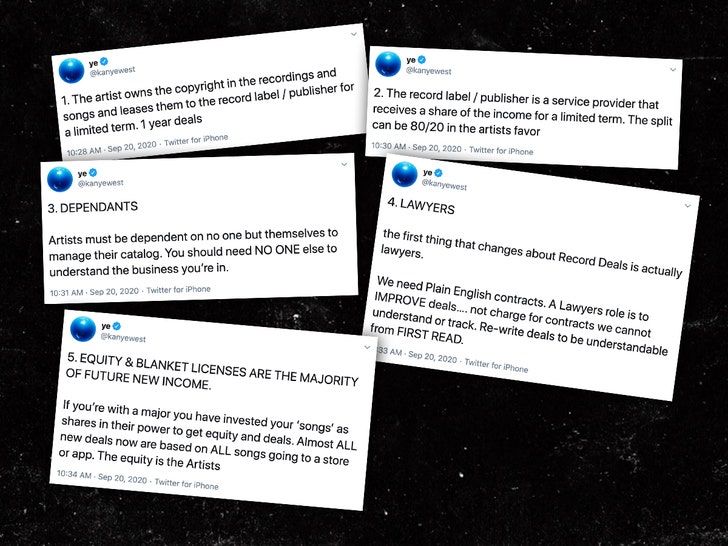 For starters, Kanye says the artists would automatically own the copyright to the songs and recordings they churn out for a label in his ideal world, and that they'd lease them to companies for a maximum period of time of just one year.

He also says the record label/publisher would NOT get the lion's share of any profits during that one year ... Ye thinks it should be split 80/20 in the artist's favor.

There's more. Kanye also thinks artists shouldn't need anyone repping them as they navigate their own deals -- as he feels if you're working in music, you should understand it from top to bottom, with no help. He also wants contracts to be written in plain English, not lawyer talk. He says lawyers are supposed to make things easier ... not convolute the process.

It sounds basic and logical but t does NOT exist. They focus on top earners and ZERO look at the 440 stores…. Only the top few. Artists are global. That’s why their contract territory says GLOBAL

Royalty department in EVERY label. No more separating finance teams from the music

He goes on to say that artists deserve equity in the companies they partner with, and their songs and licenses should serve as stock in a way. Kanye also wants portals for artists to become a one-stop shop for all things royalties, deals, assets, songs, etc.

Ye ends with this thought ... while what he's saying might sound like common sense, it's not implemented that way. He also makes clear artists have the power here, as they should. 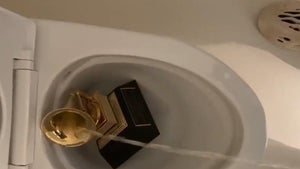