Comedian Bryan Callen claims his rape accuser's husband is waging a war to destroy his livelihood as an actor and stand-up comedian through intimidation ... so he claims in a new lawsuit.

Callen -- best known for roles in "The Hangover" and "The Goldbergs" -- is suing Gabriel Tigerman, the husband of Kathryn Fiore Tigerman, who recently publicly accused Callen of raping her back in 1999. Callen claims since the accusations came to light, Gabriel's been on the warpath to destroy his career through threats, harassment and intimidation of anyone who dares to hire him.

According to legal docs, obtained by TMZ, Callen claims Gabriel contacted his reps at talent agency CAA and asked whether they still represented Callen in light of the allegations ... suggesting doing so would send a "message to victims that this behavior is okay." Callen says the email went on to say, "Do you and CAA still represent this serial sexual predator? I hope the answer is no."

What's more ... Callen claims Gabriel went as far as contacting comedy clubs and attempted to get them to drop him. He claims some comedy clubs have cut ties with him after Gabriel reached out to them. 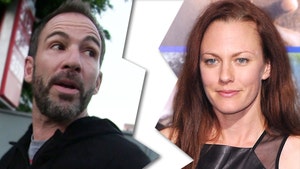 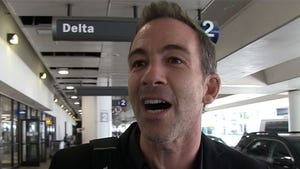