Jerry Harris is no longer giving mat talks to paying customers ... his extremely popular Cameo page has been put on pause following his arrest for child pornography.

The star of Netflix's uber-popular cheerleading show "Cheer" used to charge folks up to $150-a-pop for personalized videos, usually in the form of the mat talks that made him a fan favorite on the show, but now one of his cash cows is out to pasture. 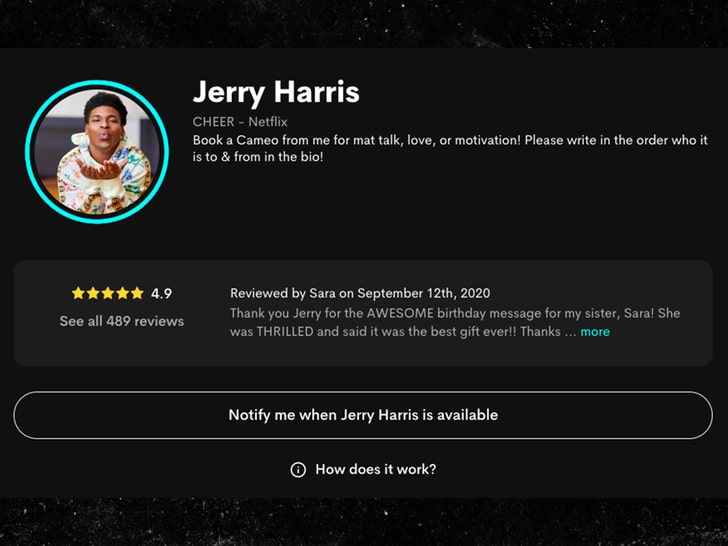 Instead of being able to pay for messages from Jerry, his Cameo page is now just his bio and a button that says, "Notify me when Jerry Harris is available."

As you know, Jerry's got serious legal issues at the moment ... he was arrested last week in Illinois and hit with a charge of production of child pornography. He's also being sued for sex abuse of minors.

It's unclear if and when Jerry's Cameo page will return, or if it will be deleted from the site ... we reached out to Cameo, but the company would not offer comment.

For now, it's a huge blow for Jerry and Cameo's bottom lines ... when his page first launched, the first month he was reportedly fulfilling tens of thousands of requests.