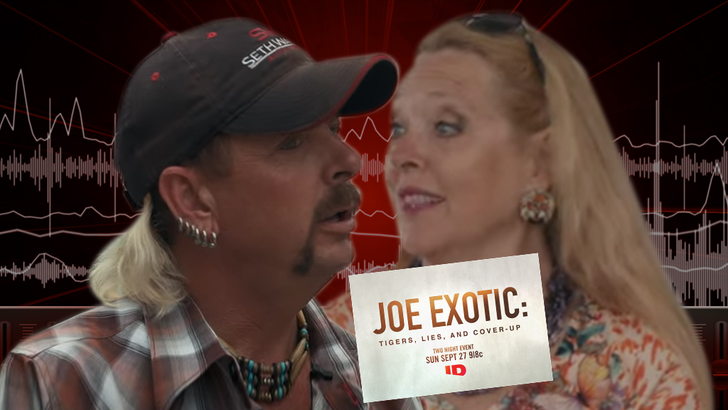 Joe Exotic thinks the walls are closing around Carole Baskin ... and he's hoping her missing husband's family finally gets some answers and justice.

The 'Tiger King' rips his longtime nemesis in a phone interview from jail, and says Carole's about to pay for years of what he sees as bullying.

A source close to Joe tells us the interview was recorded long before Carole started "Dancing with the Stars" -- back when he was behind bars in Grady County Jail Oklahoma -- but it's clear he's all for Don Lewis' family putting renewed attention on his mysterious disappearance.

During the call, part of a new Discovery ID special, Joe says it's high time Don's fam finally finds out what really happened to him.

As you know ... Carole's always maintained her innocence in Don's case, but the Lewis family recently put out a $100,000 reward -- and during a commercial aired during 'DWTS' they asked, "Do you know if Carole Baskin was involved?"

As for his case ... Joe's still insisting he was set up, and also offers an explanation for why he put down 5 tigers at his infamous zoo. 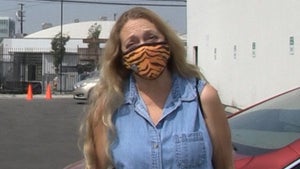