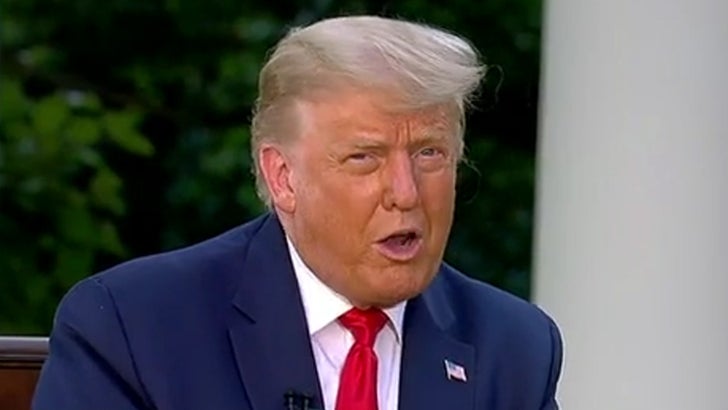 President Trump might be having a change of heart -- he's acknowledging systemic racism exists in police forces ... or, at least, he guesses it's there.

The President, who has repeatedly denied racism is a problem in America's policing, was asked about the topic during a town hall taped for Sinclair TV stations. The moderator, Eric Bolling, said, "Is there systemic racism within police departments and is there any sort of retraining they need?"

He went on like that for a bit before finally settling on this statement ... "I guess there always is, and it's a shame."

Now, it's really interesting because what's glaringly obvious is while he danced around his answer, Trump never actually said the words "systemic racism."

On the other hand, he did -- in the end -- say it does exist. That's a shift from everything Trump has said since George Floyd was killed, sparking anti-police brutality marches around the world. He's also denied it when questioned about Breonna Taylor's death. 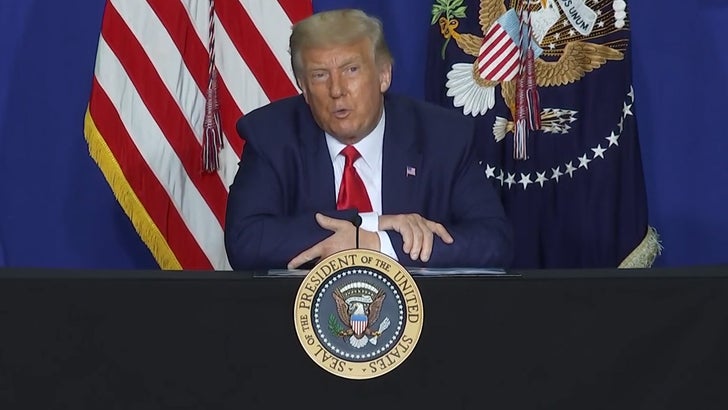 Just last month in Kenosha, Wisconsin -- in the wake of police shooting Jacob Blake -- the President said, "I don't believe that," when a reporter asked if racism is an inherent issue in policing.

The question ... is Trump truly changing his view on racism in policing, or pandering to Black voters 12 days before Election Day?

That's for voters to decide. 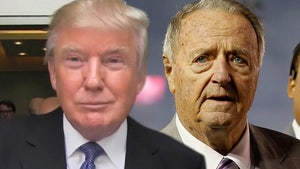 Trump Praises Bobby Bowden for Beating COVID, 'One of The Best Coaches Ever'