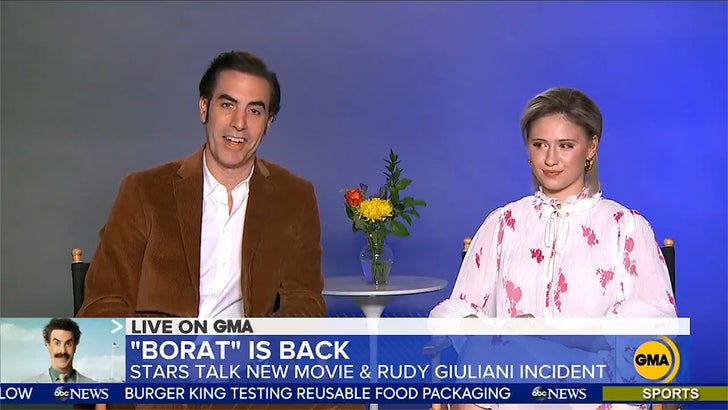 Sacha Baron Cohen says it's pretty clear to him what was on Rudy Giuliani's mind during his notorious scene in the 'Borat' sequel ... but urges everyone to judge for themselves.

Borat himself, along with Maria Bakalova -- who plays his daughter, Tutar, in "Borat Subsequent Moviefilm" -- addressed Rudy's compromising appearance in the movie ... in which he puts a hand in his pants after being duped into a fake interview by Bakalova's character.

Giuliani denies any inappropriate behavior and claims he was simply tucking in his shirt after taking off recording equipment ... but Cohen calls BS.

The actor tells "Good Morning America" ... "If the president’s lawyer found what he did there appropriate behavior then heaven knows what he’s done with other female journalists in hotel rooms."

The movie was released Thursday night, so everyone can judge for themselves.

Bakalova says she's thankful Cohen busted in to save her when things started getting dicey, and he claims he was "quite concerned" during the scene ... and felt the need to protect her. 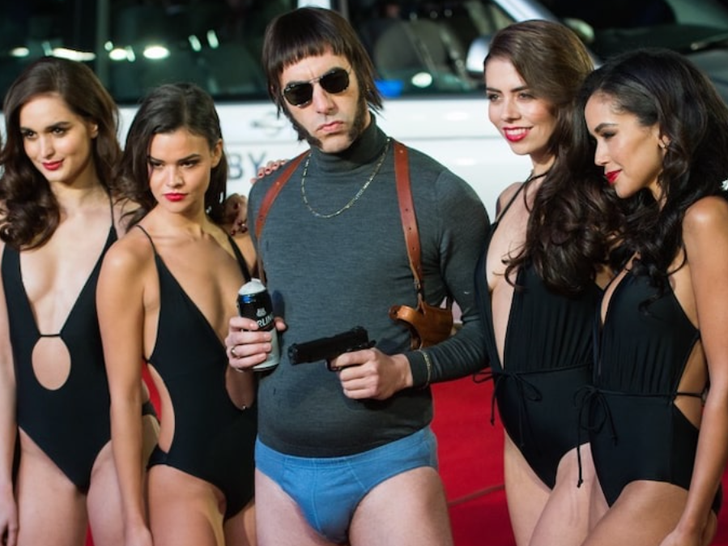 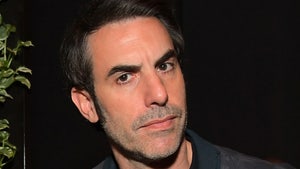