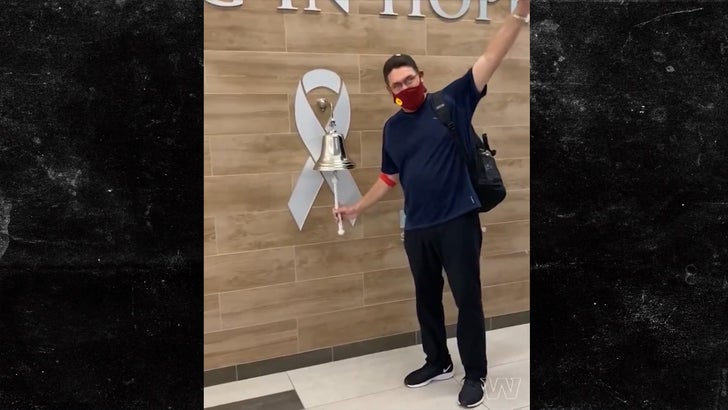 Washington Football Team head coach Ron Rivera just finished his last round of cancer treatments ... and the mini-party hospital staffers threw for him to celebrate was AWESOME.

The 58-year-old was diagnosed with a form of skin cancer back in August ... and he's been receiving chemotherapy and other forms of treatment ever since.

But, Rivera completed his last round of treatments Monday ... and the scene afterward at the hospital was pretty emotional.

Check out the footage WFT posted ... Rivera was cheered on by a bunch of medical personnel -- with some even throwing confetti over his head!

Others, wearing "Rivera Strong" shirts, waved pom poms ... and eventually, they all gifted him with a signed card.

The best part of the footage, though? Rivera was able to ring a bell on the wall signifying the end of treatments -- and you can tell, he was happy as hell to do it.

Rivera has said the cancer drugs have taken a massive toll on him over the past couple months ... explaining the fatigue he's experienced has felt like a "300-pound gorilla on your back."

Still, Ron only missed a handful of WFT practices and never missed a game ... despite at times appearing to be in rough shape.

Rivera has said repeatedly his long-term prognosis is good ... adding his doctors are optimistic about a full recovery. 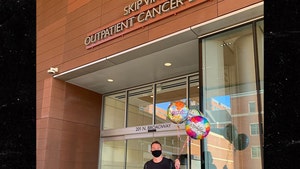 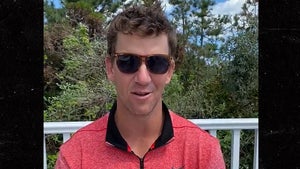