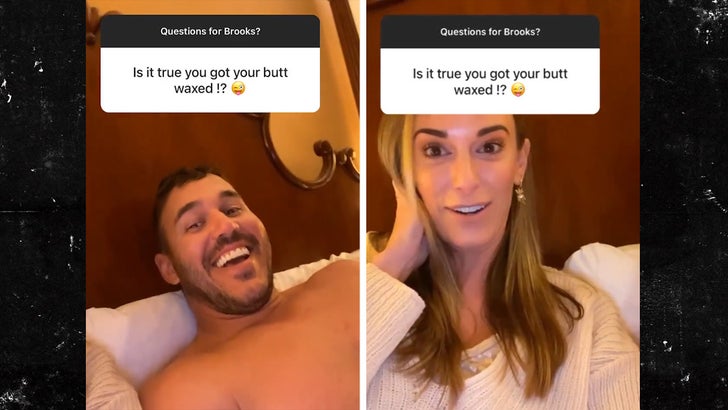 Brooks Koepka and Mr. Miyagi have something in common -- they both believe in a little "Wax on, wax off."

The PGA superstar did a little Q&A on IG with his girlfriend Jena Sims on Monday night ... where the golfer was asked about a rumor that he waxes his ass.

Not only did Brooks answer the question, he totally owned up to some cheeky body hair removal ... and even provided an explanation.

That's when Jena chimed in -- adding, "And, we may or may not have had some friends in attendance!"

Hot wax on the ass party?!!

To be fair, the secret was kinda out ... remember the his and hers thong photo from their 2019 trip to the Maldives?! 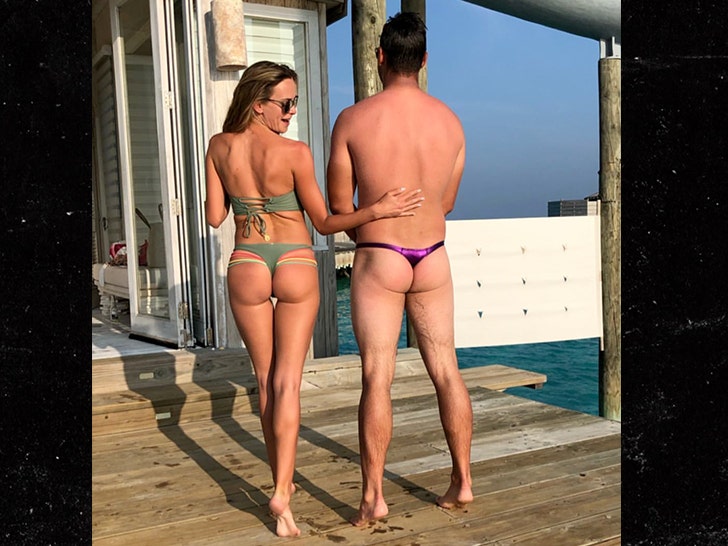 Brooks is currently the #12 ranked golfer in the world -- after winning the PGA Championship in both 2018 and 2019.

He was injured for most of the 2020 season but if he can bounce back from a butt waxing, we're confident he can rebound on the links, too. 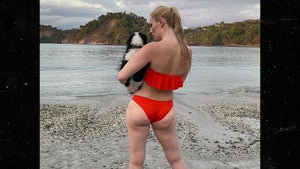 Lindsey Vonn Claps Back At Body Shamers, I Have Cellulite, So What!?