L.A. Chargers QB Justin Herbert is one of several players evacuated from his home Tuesday due to the raging wildfires in Southern California, Herbert confirmed.

"I’m actually in a hotel," the Chargers star rookie said Tuesday on "The Dan Patrick Show" ... "We had to evacuate our house because of the fires."

Herbert is seemingly referring to the Silverado Fire -- which is currently raging through Orange County, CA.

So far, roughly 100,000 people have left their homes to escape the blaze.

Officials say the fire has torched 11,200 acres. More than 750 firefighters are battling the inferno -- using 14 water-dropping helicopters. It's only 5% contained -- and with wild winds, there are concerns it will continue to spread fast.

The team is helping everyone get settled in hotels in safe areas while they prepare to take on the Broncos in Denver on Sunday. 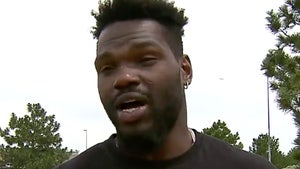 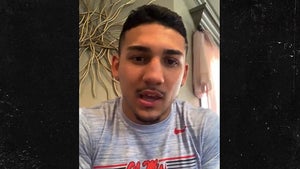