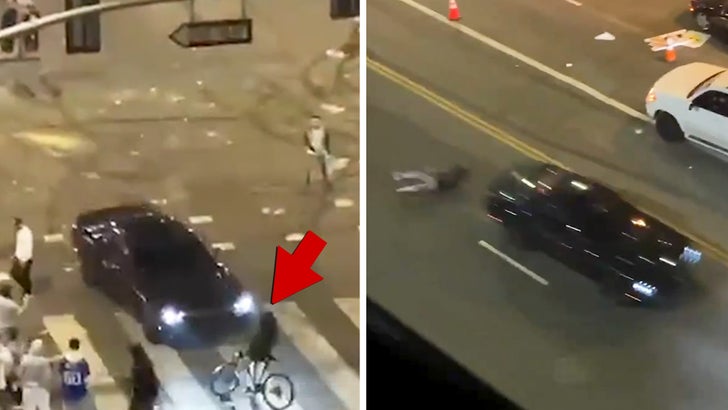 1 person was busted for assault with a deadly weapon on an officer, 4 for looting and 3 for reckless driving.

Additionally, 3 officers sustained minor injuries during the craziness -- but they're all expected to be okay.

A crazy driver who celebrated the Dodgers championship by doing donuts in the streets of L.A. struck a cyclist during the burn-outs ... and then sped off.

It's wild video -- and scary -- you can see the car fishtailing and trying to regain control of the vehicle after it finished spinning out ... only for the driver to punch it right into an unsuspecting man who was crossing the street.

The victim is knocked into the air and falls over the top of the car as it speeds off down the street.

Miraculously, the man pops right up and limps over to the sidewalk where concerned witnesses tended to him.

The extent of his injuries are unclear. Hope he's okay. No word if cops have a license plate for the car involved. 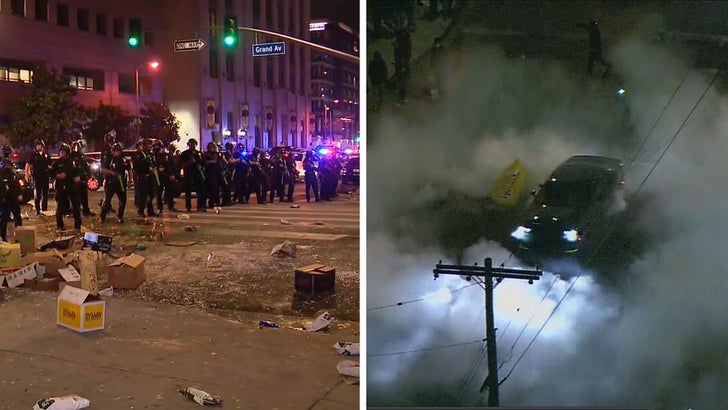 The incident was just one of the crazy moments following the Dodgers victory -- a bunch of people flooded Downtown L.A. to celebrate by setting off fireworks, chanting ... and yes, more cars doing donuts in the street.

Cops say around a dozen people were arrested Tuesday night. There was looting at a Foot Locker on 7th and Broadway that ended with cops taking two suspects into custody.

The Downtown LA area was looted again, this time after the @Dodgers World Series Win. LAPD is waiting for 2 suspects holed up in this Footlocker at 7th and Broadway. @FOXLA @GDLA pic.twitter.com/OK0e332yHr

Not everyone was violent -- there are videos of L.A. fans chanting Kobe Bryant's name as a tribute to the late Lakers legend.

Other fans set off fireworks and partied in the streets throughout the night. Obviously, there are concerns about a COVID outbreak due to the close contact and several fans not wearing masks.

But Tuesday night, most of the people celebrating didn't seem to worry about their own health and safety. 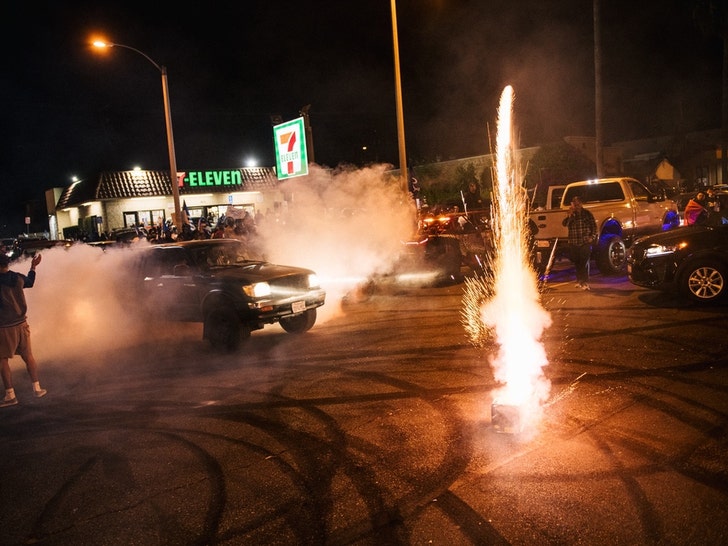