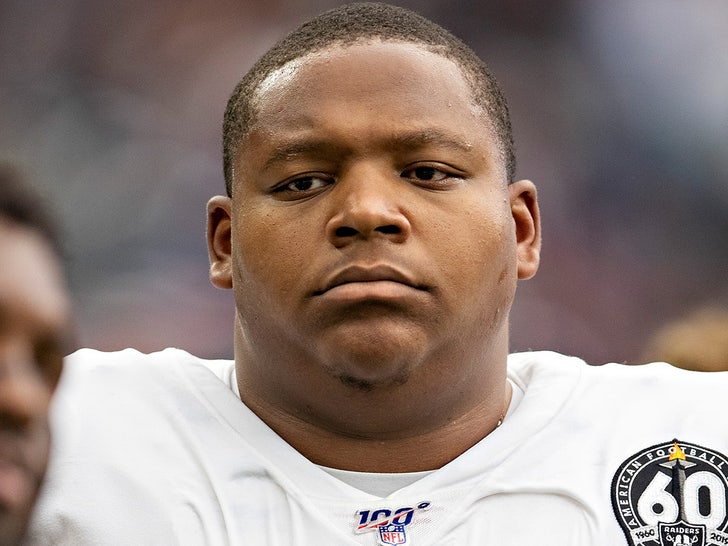 It still remains unclear if the 27-year-old will be available to play in Las Vegas' game against the Chargers on Sunday.

1:10 PM PT -- Gruden just told reporters Brown is still receiving treatment in Cleveland ... but the coach added Trent is "up and seems to be doing well." 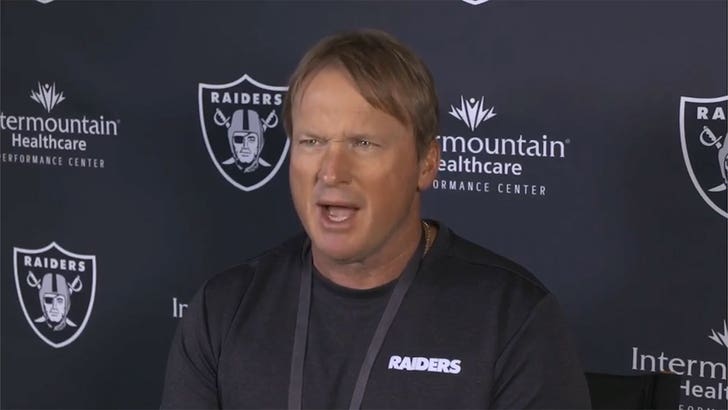 Gruden said doctors are still trying to figure out what went wrong with the IV.

Gruden also said he does not know if Brown will be available to play anytime soon.

Raiders' star lineman Trent Brown has NOT been released from the hospital -- he's still being treated for a botched IV injection that occurred before Sunday's game.

Yeah, this is a big deal.

Brown was rushed to the hospital before the Raiders took on the Browns in Cleveland due a "mishap with his pre-game IV that caused air to enter his bloodstream," according to NFL Network's Ian Rapoport.

Brown had missed the previous week's game due to a positive COVID test. Unclear if that's why Brown was receiving IV fluids on Sunday.

Air in the bloodstream is a serious and potentially lethal issue -- it's a condition called an air embolism and can "travel to your brain, heart, or lungs and cause a heart attack, stroke, or respiratory failure," according to Healthline.com.

So, again ... this is a very serious matter.

The team is optimistic about Brown's health -- but ProFootballTalk reported Monday morning that Brown is still in the hospital, where doctors are running more tests to make sure he's okay.

Brown's teammate, Derek Carr, said on Sunday the team was concerned about Brown -- and had prayed for a speedy recovery.

"We had no clue what was happening," the quarterback said. "All of a sudden, we come in, and they’re wheeling him out and I’m like, 'Bro, what is going on?'"

"It was crazy and so we prayed."

It's been a rough couple weeks for the Las Vegas offensive lineman ... he tested positive for COVID-19 on Oct. 21 -- and was forced to miss the Raiders' Week 7 game against the Buccaneers.

This is the NFL's 2nd notable medical mishap this season ... a Chargers doc accidentally punctured Tyrod Taylor's lung while trying to administer a pain-killing injection back in September.

The NFLPA has reportedly launched an investigation into the Brown incident.