Terrible news for L.A. Chargers QB Tyrod Taylor ... he reportedly suffered a PUNCTURED LUNG while getting a painkiller injection from a team doctor before Sunday's game.

Taylor was receiving treatment for a cracked rib prior to kickoff before the Bolts' game against the Kansas City Chiefs ... when he started to experience chest pains.

The 31-year-old was taken to a nearby hospital to get checked out ... and rookie QB Justin Herbert became the last-minute starter for L.A.'s 23-20 loss to the defending world champs.

Now, ESPN's Adam Schefter is revealing Taylor's condition was all caused by a team doc who accidentally punctured the quarterback's lung while giving the injection.

Taylor -- who suffered the cracked ribs in Week 1 against the Bengals -- has been listed as "week-to-week" while he recovers from the punctured lung ... but ESPN reports doctors are saying Taylor should sit indefinitely while he recovers.

Whenever Taylor DOES get back to 100%, Chargers head coach Anthony Lynn says he'll get the starting gig back from the rookie.

No word on whether the doc responsible for the injury is still working on other players at the moment ... but the NFL Players Association is investigating. 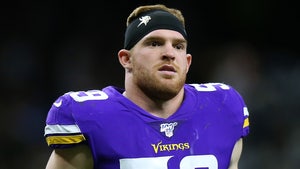