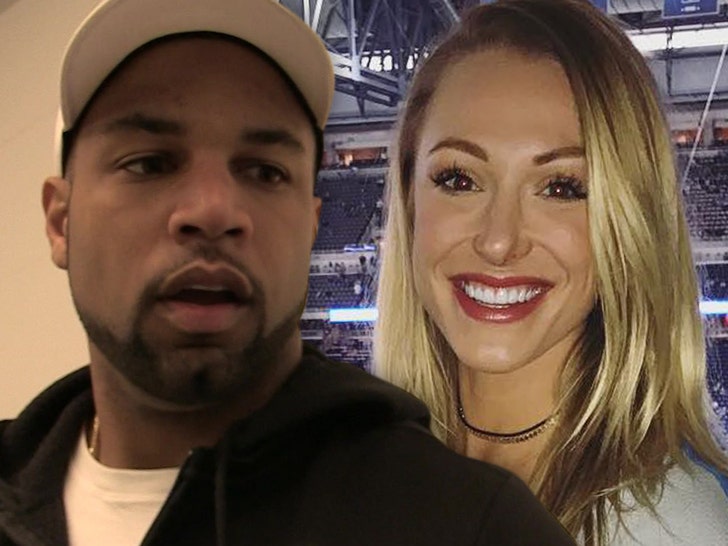 NY Giants receiver Golden Tate's wife just went NUCLEAR on the G-Men ... saying it's "excruciating" to watch him go without targets this season.

Elise Tate -- who has been married to the NFL vet for 3 years -- unleashed an all-time Instagram rant after the Giants' 25-23 loss to the Tampa Bay Buccaneers ... saying the team sucks because they're not throwing Tate the ball.

"I mean yeah given ONE chance in the fourth quarter of course he comes down with the ball! He's @showtimetate !!"

FYI -- Tate had 2 receptions for 31 yards and a TD in the loss ... and reportedly shouted "throw me the ball" into the camera after the late-game score.

WR Golden Tate is a player the Giants are trying to move. The money (still owed almost $4.5M this year) could be prohibitive.

But Tate’s role with Giants has been shrinking (54% of snaps on Monday night). Only 5 targets past two weeks. Frustration growing?

“Throw me the ball!” pic.twitter.com/pZ85vmiyue

Elise clearly wanted to see GT get more opportunities, saying, "SO UNDER UTILIZED. AS HIS WIFE I CANNOT EVEN WATCH WITH ONE EYE OPEN!!!!

"Same exact thing last game, one target in the first quarter -- of course -- an epic TD. HE NEEDS TO BW (sic) FED THE BALL. Period. Watch the film. He always comes down with the ball."

She didn't stop there.

"I'm lit. 11yrs in the NFL I've never said something like this online. but its excruciating to watch and killing his stats this year but you cant have yards on a few to no targets."

"Hes CRAZY making the most of what comes his way that's for sure though. Every time."

Elise went on to admit GT will "kill me" for speaking out and will make her delete the rant ... but as of the time this post was published, it's still live on her page.

Tate has 22 receptions for 226 yards and 2 TDs this season ... and Elise thinks QB Daniel Jones needs to look his way more often.

"HES HEALTHY! and every damn time he gets an opportunity it's a big play," Elise added. "Ain't no way this BS gonna hurt his stats this yr bc he doesn't get targets. FEED HIM THE BALL/"

The rant comes hours before the NFL's trade deadline ... and there are talks the Giants are trying to shop Tate.

Maybe Elise's prayers will be answered?? 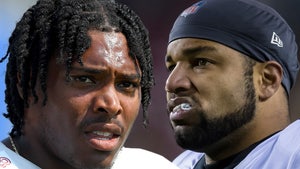 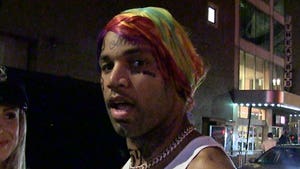