10:46 AM PT -- Dallas Cowboys strength and conditioning coach Markus Paul has been identified as the staffer who suffered a medical emergency Tuesday morning -- but the team says he is NOT dead.

"As per the Paul family, Markus is in the process of undergoing further medical tests," the team said in a statement. "The organization extends its prayers and support to the Paul family, and asks for friends and followers of Markus, his family and the team to keep them in their thoughts and prayers."

The Cowboys say Paul experienced a "medical emergency" at the team facility at 7:30 AM

The team says, "Paul was immediately treated by Cowboys medical personnel and transported to a local hospital by ambulance."

Several NFL players -- including Eli Manning -- expressed their condolences for Paul's family, believing he had passed away.

But, clearly, those reports were incorrect -- and the family is hopeful he can make a recovery.

Scary morning at the Dallas Cowboys' facility ... the team has canceled practice and its media availabilities after a staff member reportedly suffered a serious medical issue Tuesday.

The team has been mum on the circumstances surrounding the incident ... but NFL insider Josina Anderson reports a strength and conditioning staffer "had to receive serious medical attention."

"There is concern for this individual's well-being, per sources," Anderson added.

The Cowboys did say in a statement the medical emergency is NOT coronavirus related.

Canceling practice is a big deal for the Cowboys ... they play for 1st place in the NFC East against the Washington Football Team on Thursday, and every rep on a short week matters.

Dallas is coming off a huge victory over the Minnesota Vikings on Sunday ... and is now looking to go on a win streak that could get it into the playoffs despite a 3-7 start. 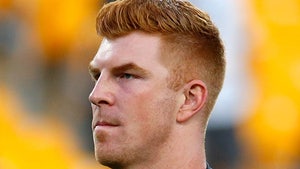 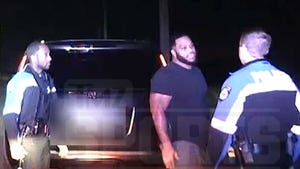