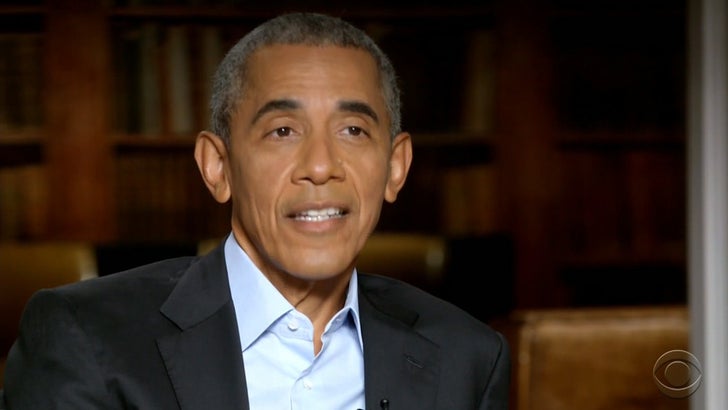 #44 basically called #45 a cheater during an interview on "The Later Show with Stephen Colbert" -- explaining how Trump has a reputation for fudging his scorecards.

"Listen from what I understand he’s actually a pretty good golfer," Obama said at first before dropping the cheating allegation.

"I understand that shockingly enough there’s sometimes problems with the scoring. And whether he’s keeping track of his strokes."

Hey, for Obama -- that's about a big of a shot as he's gonna take ... but look at the way he smirks as he makes the comment, he KNOWS it's gonna bother Trump! 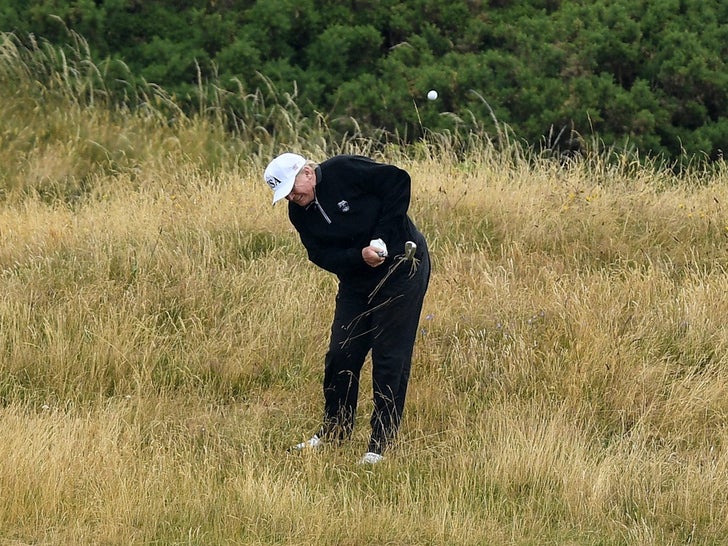 Fact is, Obama's not the only person to accuse POTUS of cheating on the links ... remember, Oscar De La Hoya has said he's watched Trump cheat first hand.