Boosie Badazz is taking his beef with Mark Zuckerberg to court ... he says Instagram banned his account because he's Black, so now he's suing over it.

The Louisiana rapper claims he was the victim of racial discrimination when IG put him in social media timeout back in August, and he says he's suing the multi-billionaire Facebook and IG owner for $20 million.

Boosie told Vlad TV the IG ban caused some of his business ventures to tank. He says the $20 million figure is what he lost when his original account was deactivated. It doesn't appear he's actually filed the suit yet.

Remember ... Boosie made a plea to Mark "Zuckinberger" this summer when his IG shut him down for repeatedly violating certain policies. If you followed Boosie on the 'gram, you know his old page was bootylicious ... although IG's never said exactly why it deleted his account. 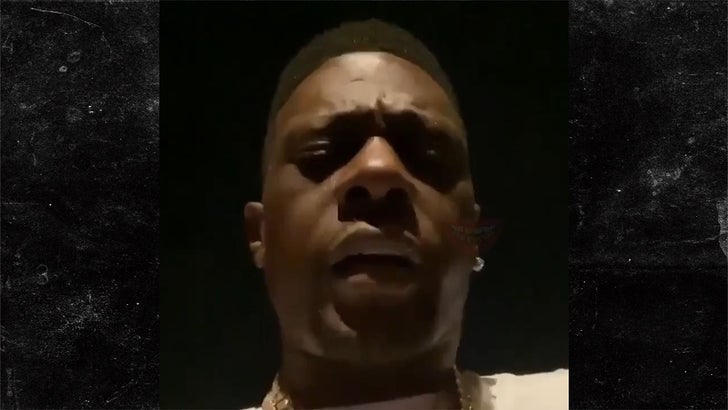 Boosie thinks Zuck might be holding a grudge and trying to get revenge because he mispronounced his name in an epic rant.

As for the racial element ... Boosie claims he's being discriminated against because of his skin color, saying there's a lot of other folks -- presumably white -- who got their Instagram pages back after being banned for way worse stuff.