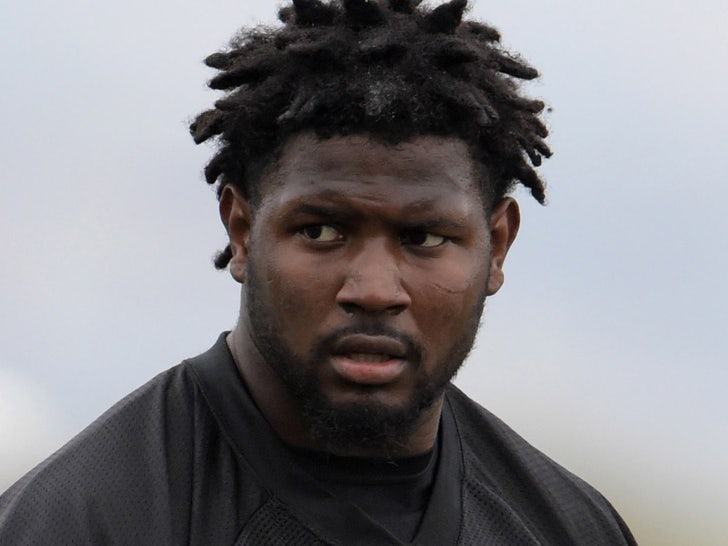 Chicago Bears defensive lineman Mario Edwards Jr. has been charged with assault over an alleged domestic violence incident -- but Edwards is adamant he did NOTHING wrong.

TMZ Sports has learned ... prosecutors in North Carolina are moving forward with an assault case against the 26-year-old NFL player, a 2nd round pick in the 2015 NFL Draft.

We've obtained court documents outlining the allegations against Edwards by a woman who says she had a dating relationship with him.

In the docs, the woman claims Edwards got violent with her in a North Carolina hotel room on October 17, 2020 (the day before the Bears played the Carolina Panthers). She says Edwards got aggressive when she turned down his sexual advances that night.

The woman claims she took out her phone to record Edwards yelling at her -- and he reacted by smacking her in the eye with his hand.

Then, she claims, Edwards grabbed her by the arm and "dragged her to the door of the hotel room."

The woman claims Edwards continued his attack down the hotel hall by an elevator where he struck her in her arm.

In court docs obtained by TMZ Sports, the woman claims she was hospitalized for injuries sustained during the alleged attack. She also says she was pregnant at the time of the incident.

The woman claims this was not a one-off -- insisting Edwards has a history of violent outbursts with her.

But, Edwards is calling B.S. on the allegations -- his agent tells TMZ Sports that Mario denies ever striking the woman.

In fact, Edwards told cops he's the real victim -- claiming the woman was the aggressor.

We've obtained a police report from the night in question where Edwards is also listed as a victim. In the narrative section, cops say they were called in reference to a woman hitting a man and scratching his forehead.

Schaffer says Mario acknowledges there was a verbal dispute -- but "When she started to scream and yell, Mario did what he’s been told. Walk away and de-escalate the situation."

That said, a spokesperson for the Mecklenburg County District Attorney's Office tells us Edwards has a criminal summons for a misdemeanor assault on a female -- which means the case is expected to go in front of a judge at some point.

No word on when that's expected to happen.

Edwards played in the Bears vs. Panthers game on the day after the alleged incident and logged 1 sack and 2 combined tackles.